All the Full Tilt Poker news that’s fit to regurgitate… Okay, it’s been one of those days, so take a deep breath and try to keep up.

✖ The iGaming Post got the ball rolling by issuing a statement to the effect that the Alderney Gambling Control Commision (AGCC) had decided to permanently revoke Full Tilt Poker’s gaming license, a claim that has yet to be confirmed by either FTP or the AGCC. iGaming Post subsequently claimed that both parties were keeping mum until FTP could formally relay the news to its employees on Thursday morning.

✖ Jeff Ifrah, who had been acting as FTP’s legal counsel in a class action suit brought against Team Full Tilt members by disgruntled players (although Ifrah had tried to get a judge to let his firm withdraw from the suit), took to the 2+2 forums in an attempt to scupper the notion of any definitive AGCC decision. “There has been no official release of a ruling.” (Note that this doesn’t mean the AGCC hasn’t made a decision, just that they haven’t made it public.) Ifrah claimed the AGCC hadn’t said anything publicly because he believed “they are reconsidering the investor’s plea for an adjournament [sic].”

Ifrah then made a somewhat bizarre plea for grassroots action, asking players to email the AGCC and request that they not issue any ruling for “a minimum of 30 days in order to permit a timely transition to a new ownership structure … A negative AGCC ruling will cause all efforts that have been undertaken to secure this investor group to fail and leave customers in the cold.” Ifrah underscored the urgency of the situation: “This is most certainly a hail mary. Doug Flutie style.” Either that or a ‘clap your hands and Tinkerbell will live’ gambit. (Pick which metaphor you prefer.)

✖ As for the identity of those investors allegedly talking with FTP, Ifrah (in true FTP fashion) disclosed some details without really saying much. A few highlights:

• “The company has found a great and motivated investor and has been working for weeks now on closing this deal. An AGCC ruling now will not be well received by this investor team.”

• “We have given the [Department of Justice] the name of the investor group.”

• “Satisfying player liabilities remains a mandatory term of any deal.”

• The target date for completion of the deal is Sept. 30, although Ifrah noted that was subject to change.

Ifrah then proceeded to play a game of 20 (four, actually) questions:
“1. Letter of Intent signed.“
“2. Buyer is in gaming industry.”
“3. Investor first visited Dublin on August 24. They have visited Dublin since then to conduct due diligence and managers of the company have visited them in their home country.”
“4. Additional meetings are planned this weekend with the larger group and a larger contingencey [sic] representing the company.”

✖ Italian website assopoker.com (for the benefit of you puerile types, Asso = Aces in Italian) reported that FTP reps were scheduled to meet Friday with members of French casino giant Partouche Group, although if Ifrah’s comments about FTP’s white knight investor being privately-held were true, that would seem to exclude the publicly traded Partouche from the picture. In an interview with Subject:Poker, Ifrah confirmed that the investors were French, but declined to identify them. 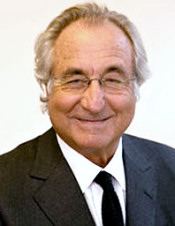 Seriously, keep me out of this...

✖ On the subject of the DoJ’s amended complaint, Ifrah told Reuters: “I disagree strongly with the allegation that FTP operated as a global Ponzi scheme. FTP may have made mistakes, but I have seen no evidence to support the DoJ’s characterization of it as a global Ponzi scheme.” Chris Ferguson’s lawyer, Ian Imrich (is there an apostrophe missing from that surname?) also took issue with the pejorative Ponzi pronouncement. “Under any reasonable interpretation, the worldwide operations of the online cardroom are not a so-called Ponzi scheme. Use of the inflammatory term Ponzi scheme in the post-Madoff era is more than careless and may violate pre-trial publicity rules of professional responsibility.”

These semantic arguments are missing the point. US Attorney Preet Bharara used the phrase ‘Ponzi scheme’ to give the mainstream media an easy way to slot the FTP story into one of their carbon-copy soundbite-friendly narrative paradigms. It allows them to avoid having to do any serious investigation of a world most of them find confusing, and provides an easy hero/villain archetype for teleprompter-readers/bingo-callers to understand. Speaking of villains… has anybody told CNN about the Covers/BetED fiasco?

✖ In other fallout from Terrible Tuesday (we’re open to suggestions as to an alternate name), the Epic Poker League (EPL) has officially suspended Howard Lederer and Chris Ferguson. Stephen Martin, chairman of the EPL’s Standards and Conduct Committee, said the suspension would last “indefinitely, pending the outcome of the DoJ’s action.” Lederer, the brother of EPL commissioner Annie Duke, has an EPL player card, but has yet to compete in an EPL event. Ferguson was on the EPL’s approved player list but never bothered to file the paperwork necessary to obtain his player card. All in all, it’s been an epically bad start for the league, which has generated more press for its disciplinary activities (putting inaugural event winner David Rheem on probation due to his demonstrated disinterest in repaying private loans, and having to disqualify a registered sex offender from a Pro/Am event) than for high-level poker play. 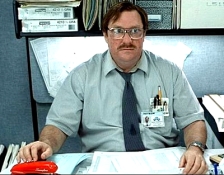 ✖ Meanwhile, over at FTP tech hive Pocket Kings in Dublin, employees are in full on Office Space mode while their fate is decided elsewhere. An employee who requested anonymity told Reuters that: “At the moment we just sit here and do nothing all day, just reading news from poker websites and message boards. For three months, we are doing nothing. If you’re not made redundant, everyone is wondering what’s next? There is a lot of uncertainty. Some of the people (management from the company) who are mentioned in the news, I couldn’t put a face to their names. There was quite a lot of distance even when things were okay.” This last comment was echoed by another employee, who said his superiors “just tell us the minimum. There is no communications, we get most of the news through online forums. It (morale) is really bad. Nobody is doing anything except for H.R. (Human Resources).”

✖ Rep. Barney Frank (D-MA), a longtime champion of online gambling, has announced he will return thousands of dollars in campaign contributions he received over the years from the three FTP principals named in Tuesday’s amended DoJ complaint. Trouble is, Frank’s not entirely clear where to send the money. A spokesman said Frank was waiting to see if the DoJ set up a fund to compensate US players who’ve seen their bankrolls vanish.

✖ One of the three men added to the amended complaint, Rafe Furst, has penned an open letter on Emergentfool.com. Stressing that legal advice prevented him from saying much, Furst nonetheless claimed that “from a moral, personal and interpersonal perspective I feel I’ve got nothing to hide.” Furst also requested that “skeptics, please consider that not everything you read is true, and our society is built on a presumption of innocence until proven otherwise.” We think that’s an exact quote from one of the witches who went to the gallows in Salem, but we’ll have to check on that.

✖ Like the AGA’s Frank Fahrenkopf, Richard Bronson, chairman of US Digital Gaming (the wannabe intrastate online poker turnkey provider who’ve yet to score a client in several years of existence), is using FTP’s woes to promote his own company’s eagerness (desperation?) to offer a safe and secure alternative to the current ‘wild west’ online poker landscape. Bronson called the FTP ‘Ponzi scheme’ allegations “Exhibit A as to why we need to have a fully-regulated, above-board gaming industry in this country that operates in the light of day and within the context of the law.” To his credit, Bronson chose not to characterize the entire international online poker business as a rogue’s gallery, referencing “a handful of bad apples that are impacting the entire bushel of the industry.” And then, we like to think, he broke into a sweet and wholesome version of The Osmond Brothers’ One Bad Apple. Now, if you’ll excuse us, we’re going to blast some Bad Brains and do a couple shots of Hendricks Gin…