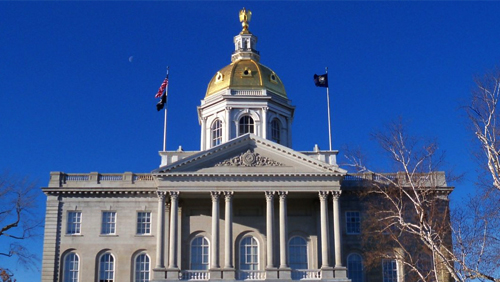 The Wire Act has been around for nearly 58 years. It comes from a time when lawmakers could barely conceive of the Internet. It’s current application to online gambling comes from interpretation, and that leaves room for judgement.

The U.S. Department of Justice’s (DOJ) recent re-interpretation of the act, effectively banning all forms of online gambling and not just sports betting, isn’t establishing new law, it merely tells us what federal prosecutors will be instructed to do by their bosses. It’ll ultimately be up to the courts to decide how the law gets applied.

iGaming Business now reports the iDea Growth trade association, a group that supports the expansion of online gambling, has submitted a challenge to the new interpretation of the Wire act in New Hampshire courts.

The lead attorney for the group, Jeff Ifrah, said:

“We trust that the New Hampshire Court will give appropriate weight to judicial precedent over political factors in making its decision, a decision sure to have a major impact on a fast-growing industry poised to offer significant economic benefits to states across the country.

“The January 14, 2019, opinion glosses over case law precedent and largely ignores the legislative history that accompanied the Wire Act, which supports the original 2011 Memo.”

This argument is a huge threat to the delicate house of cards that the DOJ is currently building. Jurisprudence plays a huge role in the American court system, and seven years of court decisions allowing most online gambling has set a huge precedent. The DOJ not only has to prosecute operators who oppose the law, but convince judges their new interpretation, not their old one, is correct.

It could take years for the iDea Growth group to get a judgement, or for the DOJ to prosecute an operator to the fullest extent of the law. If it does end up at the Supreme Court, the two big questions we’ll still have will be:

What will the make-up of the court look like by then? And…

It might take a long time to find out. Until we do, the march of progress will continue, and gambling will continue to expand across America. States will deal with the consequences when the time comes.

The US is getting serious on regulating crypto and that’s a good thing
Erik Gibbs
13 October 2020
.