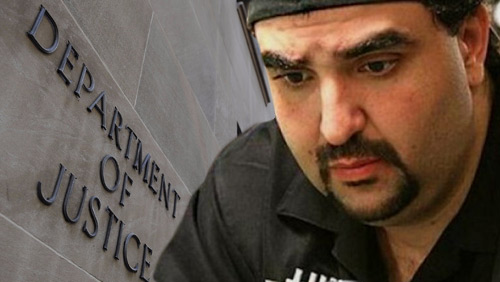 The United States Department of Justice has revealed a partnership with officials on the island of Guernsey that has led to them receiving a 50/50 split of $25.4m put in a Guernsey bank for safekeeping by the former Full Tilt CEO, Ray Bitar.

I wonder if Ray Bitar has a cardboard box in his basement rammed full of memorabilia?

Or did the cops take that also?

The former Full Tilt CEO, who pleaded guilty to unlawful internet gambling, and conspiracy to commit wire fraud and bank fraud, is in the news again, six years after being uncovered as poker’s Wizard of Oz.

The United States Department of Justice (USDJ) and officials in Guernsey are best buddies. The USDJ has revealed on their website an agreement to share any money seized through money laundering/criminal activity in the Channel Island that involved the US.

The agreement, reached in 2015, has led to $28.6m being split down the middle, 50/50, between the US and Guernsey, with more than $25.5m uncovered through the work done on the Full Tilt Ponzi Scheme case that led to Bitar’s time in front of the beak.

You may remember, that Bitar’s legal team successfully argued that should the former Full Tilt CEO spend time behind bars, he would likely die because he had a dodgy ticker. A heart transplant was in order. The Judge sentenced Bitar to time served and ordered him to give up everything except that old cardboard box stuffed with memorabilia, including $40m in cash, most of which was hidden in Guernsey bank accounts.

“The United States and Guernsey have a valued and close law enforcement relationship, and this first-ever asset sharing from Guernsey to the United States is the latest outward sign of our strong ties,” said John P. Cronan, Acting Assistant Attorney General for the Department of Justice’s Criminal Division.  “Today’s announcement sends a strong message that the Department of Justice and our counterparts in Guernsey will not rest until defendants are brought to justice and denied the illicit proceeds of their crimes.”

The rest of the cash came from the convicted marijuana smuggler, Paul Hindelang, who was shifting vast amounts of the stuff from Colombia to the US in the 1970s and 80s.

Those Were The Days

Back in 2010, Full Tilt Poker was a revelation. According to a 2016 Medium post written by the former Full Tilt Poker Board Member, Rafe Furst, the company was earning close to a billion dollars in revenue, with Full Tilt Associates making $250,000 per month in dividend payments.

But Bitar and co weren’t very savvy when it came to running a company. They failed to segregate the player’s funds from other business expenses and ended up squandering $350 million on a wide variety of interesting things such as accidentally loaning former Full Tilt Associate, Erick Lindgren, $2m twice.

In 2016, Chris Ferguson and Howard Lederer, two of the most controversial figures in the Full Tilt scandal due to their high profiles within the poker industry decided to return to the World Series of Poker (WSOP). Lederer apologised in advance via Daniel Negreanu. Ferguson kept schtum.

That series, Ferguson cashed ten times. This year he returned, refused to speak to the media, and took the event apart winning the WSOP Player of the Year (POY) award, cashing 17 times in Vegas, and six times in the World Series of Poker Europe (WSOPE), including winning his sixth bracelet.

It seems his ticker recovered.

In 2015, he married Jacquelyn Lucas in a lavish ceremony. I guess that memorabilia was worth a few quid.