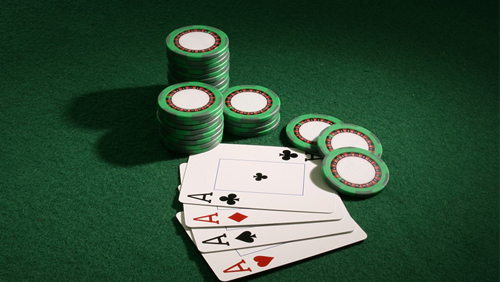 On paper, it was a great idea. On a par with the Champions League for football in the mind’s eye of some of the smartest minds ever to grace the poker felt, the Epic Poker League was born in 2011.

Even if you’re the most casual of poker fans with the merest hint of recall for the past, the year of 2011 probably raised a red flag of some kind to you. That’s because in 2011, poker’s ‘Black Friday’ hit the industry like a wrecking ball. The collapse of Full Tilt Poker had many knock-on effects, but the cancellation of the Epic Poker League, while not immediately related came at a time where it was difficult to see any ambitious poker operation surviving.

Certainly anything not directly related to PokerStars had real trouble riding the year out. The Epic Poker League began with it’s first-ever four-day event between August 9th – 12th, with a buy-in of $20,000 and 137 entries. With a prize-pool of $3.1 million and just 18 players making a profit, the first event featured six tremendous players once the action got down to the six-handed final table. There was a former WSOP Main Event winner in Huck Seed, popular PokerStars Team Pro Jason Mercier, the irrepressible late Gavin Smith. None of them made the top two, in fact, with Erik Seidel edged out by David ‘Chino’ Rheem, who walked away with a cool million.

Qualification for the series relied on criteria being met to ascertain you were a high roller, and the prestige of the events were helped by that fact. Every table would boast big players was the claim, and that certainly seemed the case in the second event, which took place less than a month later.

Won by Mike McDonald, this time there were only 97 entries, with 12 players cashing and McDonald winning the lower amount of $782,410 for taking it down. The third and final event took place between December 14th – 17th and was won by Chris Klodnicki for $801,680.

It was after that third event that it all went wrong. With a fourth event cancelled, the League Championship-ending $1 million ‘Freeroll’ never took place, leading to massive accusations of illegality from players, quite understandably.

The company declared that the decision was temporary and that the Epic Poker League would be back, but it was not to be, and they were declared bankrupt in February 2012. With the EPL commissioners Annie Duke and Jeffrey Pollack if not disgraced then vigorously discussed, the project never returned and a $20,000 buy-in league format of poker – indeed poker leagues in general – were off the table. Leaderboards fell by the wayside and formats such as the Epic Poker League and the PartyPoker Premier League were a thig that was suddenly confined to the past.

It may be impossible in the current climate, but when live poker is back, we’d like to think there’s always going to be a place for drama and poker to marry up like in the final of the first EPL final, where Chino Rheem took down a poker legend to win a cool million.

A great format with terrible timing, the Epic Poker League failed where it should have succeeded. Maybe there’s a way that league format poker can come back, but we’re guessing Annie Duke and Jeffrey Pollack won’t be involved.