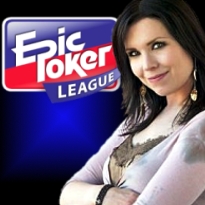 The fledgling Epic Poker League’s second event is set to kick off Sept. 2 at the Palms in Vegas. The EPL’s inaugural event was won by David ‘Chino’ Rheem, whose off-the-felt financial shenanigans eventually compelled the EPL’s Standards and Conduct committee to place Rheem on ‘probation’ (proving that there really is such a thing as bad publicity). EPL Commissioner Annie Duke addressed the League’s bumpy start in a recent interview with Bluff magazine.

Duke said the EPL’s committee had done what it was set up to do, and called Rheem’s probation “a big step in professionalizing poker.” Duke also revealed that, while Rheem’s transgressions had occurred before the EPL’s formation, Rheem’s creditors had filed formal complaints as early as Day 1 of the League’s first tournament, essentially compelling the committee to investigate, irrespective of Rheem’s performance in the event.

Duke suggested that Rheem’s behavior following his $1m payday for winning the event helped stave off more serious sanction by the EPL committee. “He did pay out every single dime that he won … not everybody would have … he had expressed to me, certainly, that he absolutely has a commitment going forward to make sure that he is honoring his financial obligations.”

Duke also addressed the popular question of just how the EPL intends to monitor Rheem’s ongoing efforts to make good on his debts. “He does have to provide the chair with a list of what his debts are, so the chair of the committee will know what’s going on. Beyond that, if he’s not honoring those obligations, one would assume that the committee will get complaints about it and they will be heard, so that’s an easy process to monitor. The people who are affected by it, one would assume, would communicate with us, as they did during Event 1.”