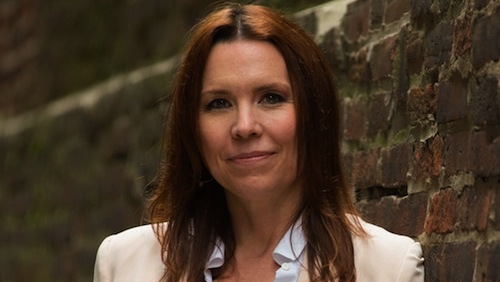 Two tales from the female side of the poker world with Annie Duke partnering with Hartford Funds, and the documentary ‘Poker Queens’ nearing its Amazon debut.

Annie Duke has a pretty impressive poker resume: World Series of Poker (WSOP) bracelet, the only woman to win the NBC National Heads-Up Championships, and a winner of a $2m score back when $2m scores were as rare as toast in a posh place. Despite the sparkle, when it comes to female role models in poker, Duke’s name doesn’t roll off the tongue – it sticks.

It’s been a long time since Duke could refer to herself as a professional poker player (her last ITM finish in a live event was in 2011). That doesn’t stop every top-notch magazine, online and live, referring to her as one.

When it comes to ‘former’ or ‘current’ professional poker players hogging the limelight, few receive as much exposure as Duke, so maybe we should reconsider her ‘role model’ status? In the last year alone, Forbes, GQ and Entrepreneur have all done specials on her, and this week she’s back in the news.

Duke is teaming up with Hartford Funds. The money management firm is using her experience as a professional poker player to prevent financial advisors and investors from imploding, emotionally, when the sheep shit hits the fan.

Duke has written a presentation, workbook and brochure for clients of Hartford Funds sharing three of her core strategies:

1. The Long Shadow of Results
2. Using Time Travel to Make Better Decisions
3. Ulysses Contracts: The Sweet Song Of Sticking To A Plan

She has also featured on the Hartford Funds Podcast “Human-centric Investing Podcast” and will host an exclusive webinar on Tuesday, September 10 at 16:00 (ET), called “Decision-making tips from a poker pro.”

Back in the day, if you were making a documentary on women in poker, Annie Duke would be on the cast list.

‘Poker Queens’ is an idea from the mind of Christine D. Beatty, Executive Producer and film financier, and Sandra Mohr brought it to life from the director’s chair.

Filming for the documentary took place during the 50th Anniversary of the WSOP and features luminaries past and present, such as Jennifer Harman, Linda Johnson, Kristen Bicknell and Liv Boeree.

Mohr also goes by the pen name ‘Sia Layta’, the author of the book ‘Black Widow Poker: A Woman’s Guide to Winning a Man’s Game.’ Layta also declared her intention to compete in the 2018 WSOP Main Event disguised as a man.

The documentary is expected to air on Amazon Prime in November.

Here is a trailer.