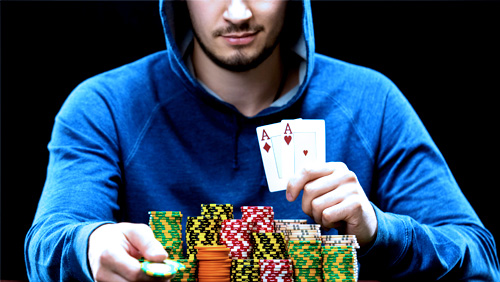 Lee Davy shares a few lessons learned from the Swedish psychologist K. Anders Ericsson on introducing deliberate practice into your life so you can achieve anything.

There is a question I ask everyone I interview.

I heard of the notion that spending 10,000 hours of practice would lead to mastery after reading the Malcolm Gladwell book Outliers. During one of my interviews (I think it was Andrew Seidman) he put me straight. Although Gladwell wrote about the rule in Outliers, the source of the information came from the Swedish psychologist K.Anders Ericsson.

Ericsson has a new book out called Peak: Secrets From The New Science of Expertise. It’s on my list. I haven’t read it. When running, I was listening to the James Altucher podcast when Ericsson appeared as a guest. They spoke about the important role that deliberate practice played in the lead to mastery, and I noted a few thoughts that related to poker.

When Altucher asked Ericsson, “What is deliberate practice?” The first thing the Swede said was for someone to find a teacher who has the experience in whatever it is you want to excel at and learn from them.

Sticking my finger in the air I will say that online poker sites are the most common form of training today. Players will start by watching any number of teachers until they start to find a style that suits them.

I believe that to become a master at poker; you need to go one step further than watching online training videos. The key lies in hiring a personal coach.

You first need to learn the basics and an online training site can provide that. Next, you have to put a few shifts in. Then you need to get feedback, and this is where the training wheels fall off. Who do you ask for feedback?

There were a lot of people who used to smash the games 5-10 years ago that are struggling today, or might have fallen through the cracks altogether. I have seen poker players who believe they are talented because of the success they have had.

They don’t put in the hours.

Ericsson and his team of researchers don’t believe in talent being the key. Taken from the paper The Role of Deliberate Practice in the Acquisition of Expert Performance:


“Only a few exceptions, most notably height, are genetically prescribed. Instead, we argue that the differences between expert performers and normal adults reflect a life-long period of deliberate effort to improve performance in a specific domain.”

Those who have some skill, but don’t work hard, can still reach the top in poker.

Those who work the hardest reach the top and then stay there for much longer.

I was talking to Little Dave Nicholson the other day. I once spent a summer with him in Vegas. He went missing for several days. It turns out he couldn’t find the way out of the MGM Grand one night so he found a young lady, booked a room, and partied for the next few days.

I used to look at Little Dave and think, “How does he do it?”

The other day I was talking to him about poker. I asked him what was the biggest change he had seen in poker strategy over the past decade. He replied it was the games toughening up at the lower stakes leading to fewer people taking shots at the higher stakes.

Some people will do nothing but learn and never take a shot. They will watch training videos, hire a coach, read books, but they never find their balls.

Ericsson believes the deliberate practice is not only about learning per se. Instead, it’s taking action.

I have a habit of quitting bad habits. There is a common theme and listening to Ericsson it seems this theme exists in the lead to mastery.

Each time I have made a monumental change in my life I have had a motivating factor behind it. I call this my Catalyst For Change. During the interview with Altucher, Ericsson talks about a friend who claimed he couldn’t learn languages. Then, one day he fell in love with a Mexican woman who couldn’t speak English. His friend suddenly found the motivating factor he was looking for – love.

He learned to speak Spanish in six months.

So what is your motivating factor?

Philipp Gruissem once faced this problem. He was winning poker tournaments, earnings millions, and had the freedom to live life on his terms, but something was wrong. He wasn’t motivated to get any better. Then Gruissem founded Raising for Effective Giving (REG), a nonprofit that gives a percentage of poker winnings to effective charities. He now has a motivating factor to excel in the game he very nearly left.

5# Anyone Can be a World Class Poker Player

Back to that period in Vegas when I worried over the whereabouts of little Dave and I remember a discussion between Stuart Rutter and John Eames where they believed they could take anyone off the street and teach them to be a winning poker player.

Ericsson believes they can do better than that. He believes there are no barriers to success. With the right teacher, hard work, lots of action, a motivating factor, and 10,000 hours of deliberate practice, anyone can become a world class poker player.

So chin up, and get searching for a teacher.