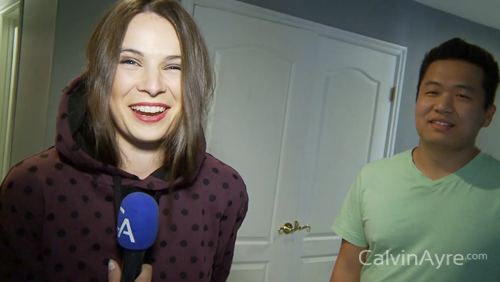 In this episode of Chats with Tats, Jason Mo tells CalvinAyre.com’s Tatjana Pasalic how he had to give up sauce for a week after losing to Ben Saulsky.

That’s what Jason Mo had to give up after playing against his toughest opponent. The poker pro said he not only had to down the most money, but also had to stay away from any kind of sauce for a week after he lost to Ben Saulsky.

“His screen name was ‘sauce123’ and I lost to him in a tournament where if I rebound to or if I lost to him, I couldn’t get sauce for a week. So not only did I down the most money to him, but he got me in there also,” Mo told CalvinAyre.com’s Tatjana Pasalic.

Mo said the rules required him to lay off from all kinds of sauces for a week, but he actually found a way around it.

“I couldn’t get any sauce,” the poker pro said. “I ate soup… but soup is like a large bowl of sauce.”

Fun aside, Mo said there’s more action back when he started playing high stakes poker, even if he had to give up his condiments.

“I didn’t start playing high stakes until maybe third year of playing poker professionally. I wouldn’t say that it was easier back then, although I think overall, it was easier just for everyone to play not just me because there’s more action, more people with money, more people that are willing to just battle and win or lose amount of money now it’s like, everyone’s a bum hunter and they’re like looking for a small edge so there’s much less action,” Mo said.

Playing high stakes poker can be pretty brutal, but Mo has found an interesting way to cope up.

“Every time I lose money I end up, like, spending more money just to make myself feel better,” he said. “[Recently] I just bought an $800 Dolce and Gabbana sweat suit. It was $1,600. It was half price.”