Home / Business / Miguel Cuneta on Bitcoin in the Philippines 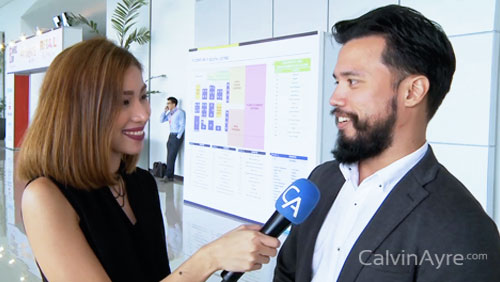 In this interview with CalvinAyre.com’s Stephanie Raquel, Miguel Cuneta of Satoshi Citadel Industries explains why the new Philippine political landscape will have little effect on Bitcoin’s growth.

Philippine president Rodrigo Duterte sure knows how to make his presence felt the moment he set foot in Malacanang Palace – the bastion of political power in the island nation.

On his first day at work, Duterte has kicked the gambling nest by declaring war against online gambling. In a span of almost two months, hundreds of eGaming parlors across the archipelago have been shuttered and one of the country’s so-called oligarch has been pulled down from grace.

Philippine-licensed online gambling operators also did not escape President Duterte’s anti-gambling purge, as Andrea Domingo, the appointed head of the Philippine Amusement and Gaming Corp (PAGCOR), announced that her agency was looking into the activities of the special freeport zones that license Asian-facing online gambling companies.

Many wonder if the current policy of the Duterte administration will any effect to country’s growing cryptocurrency, which has become a favorite commodity of most gamblers. Not at all, says Miguel Cuneta of Satoshi Citadel Industries.

“I think it shouldn’t affect how this industry will grow. The central bank kind of operates independently, from everything that’s going on, because they have a big job to do and they don’t really care about what’s happening on the sidelines,” Cuneta told CalvinAyre.com. “ And also, the [Philippine] central bank, I think it is very efficient and is one of the most efficient government agencies. So, I think the political landscape will have a little effect on how blockchain/bitcoin will grow in the Philippines.”

Cuneta believes governments cannot regulate the pure blockchain technology itself. In the case of the Philippines, there’s little chance that the current political landscape will affect the growth of Bitcoin.

“We have been talking to BSP (Bangko Sentral ng Pilipinas) for the past two years, and they are very open to seeing how it could be beneficial to the Philippines.

As far as bitcoin regulation worldwide, Cuneta said that implementing such policy on financial technology companies will give them credibility.

“They can regulate companies that use it in exchange for bitcoins or other currencies into pesos. If you run a real/legitimate business, you don’t have to worry about anything. If you run a fly-by-night, you better be careful,” he said. “I think we are going to see something similar across the region where governments start to discover that ‘okay, this could be beneficial to us in a lot of ways.’”