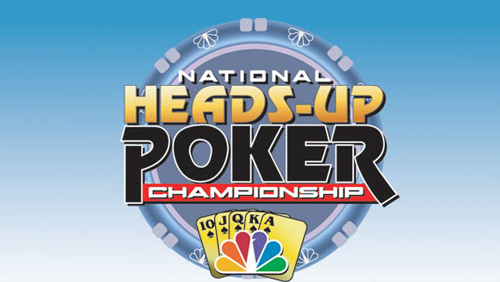 The NBC National Heads-Up Championship will not be taking place in 2014 according to reports coming out of PokerNews towers.

Do we have the characters necessary to take poker to the next level?

After PokerNews broke the news that the NBC National Heads-Up Championship would not be taking place in 2014, you can’t help but wonder if someone in Poker Productions or ESPN believes the answer to that question is no.

“NHPC will not be on calendar this year, but I have good reason to believe that the future of the series will be bright.” Poker Productions owner Mori Eskandani told PokerNews this week.

It’s a terrible blow for poker as the NBC National Heads-Up Championships stands alongside the World Poker Tour (WPT) and World Series of Poker (WSOP) as the flag bearers of global poker coverage on the television network.

The 64-player bracket format has existed since 2005 and has operated every year since, with the exception of 2012 due to the happening of Black Friday. The show returned to Caesars Palace in 2013 and Mike ‘The Mouth’ Matusow walked away with the $750,000 first prize after preventing Phil Hellmuth from becoming the first-ever two-time champion.

The invitation only event is perfect for television because the producers have the ability to hand pick the very best poker characters and celebrities in the biz.

But that’s becoming an ever more increasingly frustrating task as the old school characters fall by the wayside and the future of poker just doesn’t seem to create personalities of the same ilk.

If you don’t believe me then try to select 64-poker players who have the personality to turn the NBC National Heads-Up Championship into a television spectacular.

There is an argument that today’s players are more technically gifted, but watching heads-up poker can be about as interesting as watching a Little House on the Praire box set.

It needs characters and perhaps this is the sign of things to come?

The news of the postponement of the event has coincided with a recent splurge of signatories on the 2+2 petition for PokerStars to breathe some life into the High Stakes Poker (HSP) franchise, as the poker community starts to feel a little short on high quality television content.