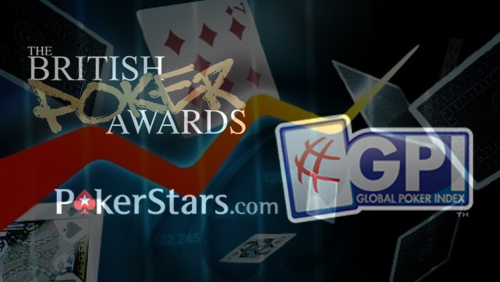 Lee Davy rounds up a week that sees Matt Savage have a few pennies returned from his involved in the Epic Poker League, the Global Poker Index announcing plans for a Global Poker Conference, the UK Gambling Commission clarifying their views on the auto top-up/rebuy rules, the nominees for the British Poker Awards revealed, PokerStars withdrawing from over 30 “grey markets”, and Jason Somerville leaving Ultimate Poker.

The week started with a tweet from renowned Tournament Director Matt Savage stating he had received a settlement check from the Epic Poker League (EPL).

“Not what I was owed but it really was like finding money in the street.,” tweeted Savage.

Savage’s personal brand SavagePoker was owed $33,333 of the $5 million that was owed creditors, after the Epic Poker League’s owners Federated Sports + Gaming (FSG) filed for Chapter 11 bankruptcy, and I sought him out to ask him a few questions about his time with the EPL.

In the nutshell version of the interview, Savage had nothing but great things to say about the EPL concept.

“I think those that were there, working from the start, really felt part of something that could have changed the industry,” said Savage.

When asked about his view on Jeff Pollak’s role in the demise of the EPL he said, “Should he take the blame…maybe. Should he be crucified for it…no.” He was equally as supportive when asked about Annie Duke’s role, “Annie tried hard to do right by the players but had a lot to overcome with her public opinion. Annie doesn’t deserve the blame for the Epic failure.”

You can check the full interview out right here.

The Global Poker Index in the News Once More

One good thing that did come out of the FSG brainstorm was the creation of the Global Poker Index (GPI).

Alex Dreyfus’s company Zokay Entertainment purchased the GPI back in Aug 2012, and he has since turned it into a powerhouse of a brand, that represents the poker industry throughout the globe.

The Frenchman’s mission to elevate the status of poker from a game to a universally recognized and respected sport, took another positive turn with two more announcements this week.

The first was the creation of the Global Poker Conference. The GPC 2015 is scheduled to be held in the first quarter of 2015, and will consist of concurrent events being held in both Europe and North America.

The GPC 2015 is a meeting of the minds. It’s Dreyfus’s attempt to get the world of poker to unite, and think of ways to use that unity to help him achieve his dream. The GPI also announced a deal with the US based CineSport that will see packaged video poker content distributed to over 30 different news sites in the US.

The event, organized by BLUFF Europe, consists of 16 awards and although a date and venue is yet to be decided, the nominees have been plucked out of the best of British and slapped onto the BPA’s website.

The most notable omission is Sam Trickett. The seven time BPA award winner doesn’t feature in any of the short lists despite playing more tournament poker than ever due to his ambassadorial role with Everest Poker.

Simon Deadman, Vicky Coren Mitchell and Patrick Leonard, are the stars of the show with three nominations each.

Staying in the UK and the UK Gambling Commission made a few friends within the UK online poker community after clarifying their Remote Gambling and Software Technical Standard 14 (RTS 14).

You may remember that the implementation of the UK Gambling (Licensing and Advertising) Act 2014 troubled online grinders, after PokerStars sent migration e-mail to its customer database, advising them that the auto top-up/rebuy facility would be removed in order to comply with the new legislation.

This news prompted UK Poker Player Richard Richardson to write a letter of complaint to the UK Gambling Commission head honcho, and they have responded by stating that RTS 14 is more of a guideline than a rule. As long as online poker sites can prove that their have protection in place, in other areas of their site, the auto top-up/rebuy function can remain in situ.

Sticking with online poker and the young German Fedor ‘CrownUpGuy’ Holz is the PokerStars World Champion of Online Poker (WCOOP) after defeating 2,142 entrants to take the $1.3m first prize in the $5,200 WCOOP Main Event.

The Russians bagged more WCOOP titles than any other country with nine, but it was another great display from people representing Canada, with eight titles, over $9m in prize money, and 1,964 cashes.

PokerStars may be the Daddy when it comes to dishing out $1.3m first prizes, but that won’t be happening in over 30 countries throughout Asia, Africa and the Middle East.

Amaya Gaming Ltd continue to stamp their mark on the world’s largest online poker room after the decision was made to withdraw from a wide range of ‘grey markets’. Players affected by the decision were told that their funds were safe, and would be returned before the shutters came down.

It’s widely believed that the decision to withdraw from these markets is an integral part of their US entry plan, with the need to be squeaky clean of the highest order.

Jason Somerville is not a Cheap Date

When PokerStars does march into New Jersey to show everyone how to run an online poker room, one person who has become available to represent them is Jason Somerville. Rumor became fact, this week, after Somerville clarified that he had parted ways with his sponsor Ultimate Poker during his Run It Up show.