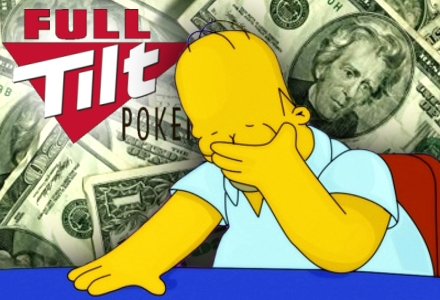 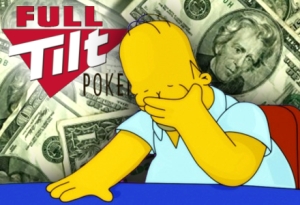 ✖ After stoking expectations with a Tweet promising overdue answers to US poker players’ questions regarding payouts, Full Tilt Poker spokesman ‘FTPDoug’ posted a statement on TwoPlusTwo that ultimately clarified little. Officially, Full Tilt “is diligently working on return of US Players funds which is a top priority and will have a further update for US customers by early next week.” (The full statement can be read here.) Helpfully, FTPDoug also declared that Full Tilt is “not bankrupt.” If the profanity-laced responses to FTPDoug’s post are any indication, the lack of specifics did little to soothe players’ frustrations.

✖ In other Tilt news, DomainNameWire.com reports that Tilt-associated company Pocket Kings has been awarded possession of some ‘typo’ domain names via arbitration. Three domains — fulltiltepoker.com, fulltiltpokar.net and fulltiltpocker.net – were returned on Thursday, bringing the total number of misspelled domains Pocket Kings has been awarded in April to an even dozen. And that doesn’t even include the properly spelled domain returned to them by the Department of Justice. (Read that misspelled dirty dozen list here.) 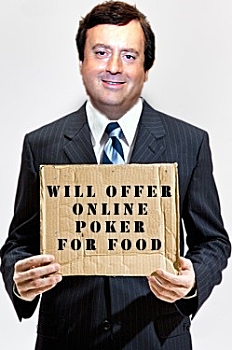 ✖ Caesars Entertainment CEO Gary Loveman (pictured left, with latest op-ed) is taking full advantage of the momentum generated by his recent ‘Legalize It!’ pro-poker op-ed, and, in the process, revealing some of the urgency behind his new stance. In a conversation with the Associated Press, Loveman let it slip that he feels his land-based casino brethren may be headed the way of the dinosaur unless they’re given an online boost. “Our industry has to modernize itself in a way that allows its services to be provided electronically and not in these massively expensive brick-and-mortar facilities. To speak to a younger audience, this is increasingly necessary.” Also necessary, paying off Caesars’ accumulated $18b worth of debt.

✖ The Las Vegas Sun has quoted unnamed ‘Internet gambling compliance and law enforcement experts’ who say the indicted poker companies probably could have avoided the entire Black Friday brouhaha had they not gotten so damn greedy. In order to minimize hassle and save a few points on their payment processing costs, these companies attempted to embed themselves into the US banking system, something the DoJ felt it simply couldn’t ignore. In other words, the indicted companies let their short-term greed get ahead of their long-term greed.

✖ The two-day Black Friday/WTO summit in Antigua wrapped on Friday. Gaming consultant Frank Catania caused a stir by suggesting Antigua target US copyrights and trademarks in a bid to encourage the US to comply with WTO rulings that the US violated international trade treaties in its zeal to combat online gambling. “Antigua could allow people to come here and copy different intellectual properties and so on from the rest of the world.” We humbly suggest Antigua start with a line of Trump-branded resort casinos.

✖ The Poker Players Alliance is trying to rally the troops ahead of the May 3 DoJ oversight hearing by the House Judiciary Committee. Since it’s expected that Attorney General Eric Holder himself will be in the hotseat, the PPA wants players to encourage their elected representatives to interrogate Holder on the Black Friday indictments. Nice try, but no. It’s going to be hard to get any committee member to try to pin Holder down on why he’s declared war on poker, when Holder can easily deflect this blow by reminding said member that the DoJ’s fighting money laundering and bank fraud. Are you saying you support bank fraud, Representative? Didn’t think so.

At any rate, a quick glance at the Committee membership should disabuse anyone of the notion that this hearing will be a poker-friendly atmosphere. Look no further than the presence of Rep. Bob Goodlatte (R-VA) a co-sponsor of HR4411, the bill that ultimately became the UIGEA. Worse, the Committee Chair is Rep Lamar Smith (R-TX), who told a 2007 House hearing that “Internet gambling sites are often fronts for money laundering, drug trafficking, and criminal organizations … Children may play without age verification, and betting with a credit card can lead to addiction, bankruptcy, and crime.” Of course, maybe he’s since seen the error of his ways, as Sen. Jon Kyl would have us believe. Then again… No.