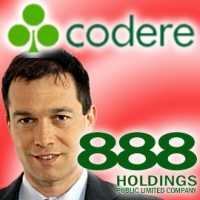 Spain is a little closer to a regulated gaming market after the country’s Congress approved proposed online gambling legislation. The approval came over the objections of the People’s Party, which adamantly opposes the creation of a national gaming watchdog. While not all of the 200-odd amendments are expected to survive the legislation’s journey through the Senate and the European Commission, it’s believed that sports team sponsorship will require a transitional period “so that companies can regulate their status and sponsorship activities.”

As if on cue, Spain’s Grupo Codere has made good on its threats by suing betting outfit bwin and football club Real Madrid in Commercial Court for unfair competition. Codere, which operates 127 bingo halls, 415 sports betting shops and 13 casinos in eight countries, says “aggressive” ad campaigns by bwin and Real Madrid are breaking Spanish law. Codere is asking the court to impose interim measures that would require Real Madrid to curtail bwin-related ad campaigns and sponsorship arrangements. Codere has a particular bone to pick with the Gibraltar-based bwin in relation to their input into Spain’s proposed gaming legislation, saying that the law should not consider “the views of those who … operate online games illegally from their headquarters in Gibraltar, don’t pay taxes in Spain, don’t generate wealth or employment and are not subject to any controls.” Geez, guys… Stop yelling at the Austrians, will ya? They’ve had something of a rough week.

Someone else who had a rough start to their week is former 888 CEO Gigi Levy, who abruptly resigned his post this past weekend. At the time, 888 spokespeople did their best to soften the blow by pointing out that Levy would remain part of 888’s board for at least the next six months. See? It may be a divorce, but at least it’s an amicable split. Now it turns out that keeping Levy’s board seat warm is 888’s way of avoiding an immediate £48.7m payment to Daub Limited, owners of Wink Bingo, which 888 acquired in December 2009. Seems the Wink deal contained a clause that if Levy vanished from 888’s board, the outstanding balance of payment would come due in full. Since 888 only has about £42m cash on hand, they’d need to either hit up Barclays for a loan, or hit the streets in their fishnets and PVC booties and earn what they can on the game. Or they can keep Levy around for what promises to be some seriously awkward board meetings. “So what do you think we should do, Mr. Ex-CEO?”