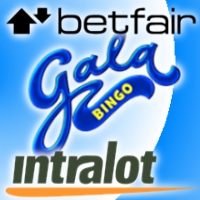 The human touch is all the rage at Betfair Casino, which has just announced the addition of a stable of live dealers. According to Betfair Casino bigwig Adam Joseph, Live Casino “will provide a smooth entrance for land-based players” by providing “the excitement and immediacy that only comes from a live casino experience.” Currently on offer are blackjack, roulette, baccarat, sicbo and paigow mahjong and Casino Hold’em. Sadly, there’s no option as yet to interact with a live stock broker while you’re trying to find a buyer for the Betfair shares you purchased for £13 apiece back in October, but are now trading at a mere 951p.

Greece’s Intralot has posted some disappointing 2010 numbers, including a 27% fall in profit. While the Athens-based lottery and gaming service provider’s sales were up 24% to €1.1b, EBITDA slipped 1.1% to €152.7m and net income dropped to €36.6m. Write downs and provisions cost the company €5m last year, but that’s less than a third of 2009’s €18.5m figure. Going forward, Intralot says it’s considering disengaging from “non-performing” operations in the 50-odd countries in which it operates.

Gala Coral’s Bingo channel is disappearing from Sky’s digital lineup, only to reappear as a 24-hour online operation at galabingo.co.uk. The site, which will make extensive use of social media and live chat to foster a sense of community among its players, makes its debut April 1. Gala TV head Adilla Immambocus claims that the progression to an online-only channel was more or less inevitable, as most viewers of the Sky broadcasts were playing along on their laptops, rather than using the ‘red button’ option. To put a finer point on it, we go to Mark Murphy of etv Media (which produces the channel’s content), who claims “red button is dead.” (We’re pretty sure he wasn’t referring to Academy Award-winning actor Red Buttons, who did indeed die in 2006.) Gala intends to extend the channel’s reach to mobile and tablets by the fall of 2011.

Finally, the threatened Spanish football strike will not take place this weekend, after a Madrid court upheld a challenge by six ‘breakaway’ clubs who disagreed with the Spanish football league’s (LFP) hardball tactics. The LFP wanted to end the government-mandated rule that one La Liga game per matchday be shown on non-pay television. The LFP wants to use the extra game as leverage to extract higher fees from pay-TV broadcasters. The LFP also wants guarantees from the government as to the clubs’ share of football-related betting and lottery revenues. In their appeal to the court, the six breakaway clubs – including Sevilla and Villareal – called the proposed strike “disproportionate, inopportune, against the interest of clubs, the competition and supporters and, what’s more, against the law.” The court agreed, saying the football schedule “should remain unaltered for the next round of matches.” Key phrase there being “the next round.” It’s a long season, so expect this subject to re-raise its ugly head at some point in the near future.