Home / Business / Where next for the Tote? 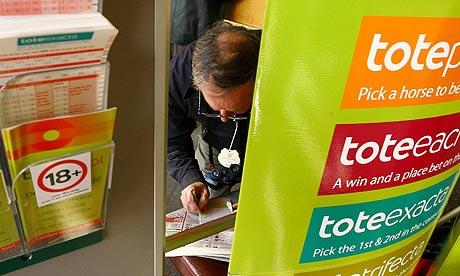 The Tote pool was this morning still reeling after being taken to the cleaners to the tune of £1.4million by a punter staking a mere £2.

Although more pressing than finding out that the humble winner didn’t pay to get in, to get there, and returned to work today as normal is the future of the government owned business.

Many months have passed since the longest jump contest in the history of racing was under starters orders and of the 15 that were originally in the race there are only thought to be around five left. For a process that has been shrouded in more secrecy than one of your close friends taking part in Big Brother, it’s not even known if that’s the correct number in the running.

Picking apart the runners and riders, in an article on eGaming Review, is global PR director at Bodog, Ed Pownall.

For the entirety of the process, Bodog has offered odds on which company may be the winner and as an industry expert of many years, Pownall is as good a voice as any.

His view is that all the whining and ructions between the parties can easily be solved with a few alterations to how the business is run. One part of this would be to cut the margin or “take out” on Tote pools for “win” and “place” markets to 2%, something that would result in making sure you guarantee the best price on every horse race. The knock on effect would mean Betfair’s USP would be gone. (see The Betfair Story)

If this was the case the house is not in a position where it can lose and therefore wouldn’t have to move to limit big spending players.

Where the horse racing industry is concerned, they would no longer have an excuse to moan, as the Tote would bring racing punters back and therefore be able to contribute to racing without the need for the outdated levy.

To balance the books, Pownall suggests upping the margin on products that the Tote monopolizes, and that’s that. Everyone’s happy – the UK racing industry, the Tote, all the punters, and the politicians won’t even have to bat an eyelid.

The full article is at this link but in terms of if “the right visionary can get his or her hands on the Tote pools,” Pownall puts forward quite the valid argument.