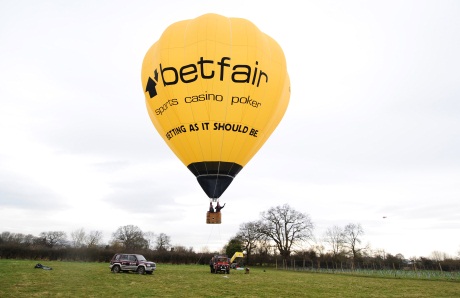 Betfair have have had it fairly good in recent times. Their IPO went off without a hitch and they even managed to persuade the BHA chairman that it was a good idea to invest. Following this John McCririck was fighting their corner with all the panache of a prizefighter. It all culminated in yesterday’s ordinary stock issue on the London Stock Exchange, shares currently trading at just over £15-a-piece.

Going public, although not the best of ideas in the iGaming world, looks to have worked out well so far. If things start to go wrong, they seem to have everything well and truly thought out though. It may well be Halloween this weekend but Betfair looks to have taken all this a bit too seriously. A City AM article has mentioned that amongst the prospectus that helped them float are 15 pages of risk factors that could derail the business in the future. The main worries that Betfair have are the attempts by many in the EU to prevent online betting regulation and their position as an exchange rather than a bookmaker.

The image of the gambling industry as a whole and also the opportunity for money laundering by customers were also near the top of their list.

Betfair really shouldn’t be worrying that much though. We’ve already documented in the past that money laundering shouldn’t be a huge problem in this industry and the industry’s image is more often than not about gamblin’ drinkin’ and carryin’ on, so why the long face, Betfair?