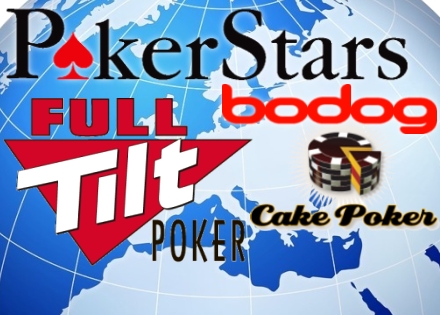 An analysis of the online poker market released last month by turnkey solution provider Hum4n.com predicts that the rich will continue to get richer in terms of market share, and that smaller pure poker operators who lack a strong brand identity will either have to find some way to differentiate their product or prepare to be acquired/assimilated by one of the larger operators.

Relying primarily on info sourced from PokerScout.com and published company data, the Hum4n report claims that from June to September, market leaders PokerStars and Full Tilt together gained some 7,200 players per day, while the rest of the pack lost a combined 2,555. Compounding matters for the also-rans, profit per active player continues its downward trajectory, particularly at the large publicly-traded companies.

Much of the blame for this slide gets pinned on the World Cup distractions, but Bodog Network VP Jonas Ödman isn’t buying it. “Every listed company blames the World Cup for their bad Q2 numbers when in fact Partygaming, Ladbrokes and 888 all have had a negative poker trend for three straight years now. Partygaming revenue from poker in Q2 2010 was 50% lower than in Q2 2007. At Bodog, we know that major sports events actually increase the activity in the poker room, which explains why Bodog.com increased player numbers by more than 10% from June (a traditional low point in US sports activity) to September (the start of the NFL season), while the major poker networks in general have lost more than 10% in the same period.

“[Hum4n.com’s] Denis Campbell says that being the market leader is a huge advantage, and it is clear that Pokerstars and Full Tilt have been outperforming the poker market for years. That does not fully explain why competitors like the listed companies above have had a negative trend for such a long time in a growing market. That is explained by too much focus on winning players which have created unhealthy poker ecosystems for all poker networks. Bodog Network’s proprietary rake distribution model — which we presented a year ago and launched in June — is the best solution to this problem. Some competitors now have similar systems but none is on the same level as ours.”

Cake Network’s Marketing Director Andrew Turner told CalvinAyre.com that the “strategies and approaches that were successful two or three years ago are not always providing the easy results they once did. The advantage of being a market leader is becoming stronger, which is why defendable differentiation is so important. The market leaders have a combination of strong liquidity, capital to acquire players, good software, payment processing and quality customer support that allows them to further strengthen their leadership position. Consolidation or leveraging a strong B2B Network offering is key for the growth of the smaller operators. The Cake Network continues to focus on partnerships with differentiated brands and working with partners in territories where penetration of the game is still rapidly growing. In the next year, we see a lot of potential in both the Asian and South American markets and expect to be making some further announcements regarding these territories shortly.”

While Calvin Ayre isn’t necessarily on board with every observation in the Hum4n report, he does agree with their conclusion that the Party/Bwin merger is unlikely to help increase their fortunes on the poker side. “In fact, it’s likely to be a major distraction for them for the coming year or so, which will enable more focused competitors to gain market share. It’s very clear that being a public company in this space is a negative. The strongest companies are the private ones.”

This report’s conclusions may be accurate relative to pure poker companies, but it fails to take into account what happens when a multichannel, globally-strong brand already doing fairly well in poker decides to enter the poker network space. This will create something the industry has not seen before — a unique group of operators sharing liquidity globally, which may turn the entire poker world on its head.