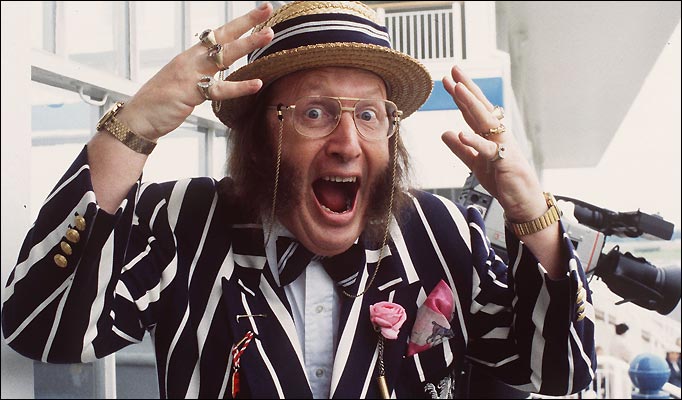 If you gave birth to a child that come their tenth birthday had become obsessed with the sport of horse racing there’d likely be one man you’d turn to for an afternoon’s racing entertainment. Clare Balding may scare the little mites somewhat, whereas Frankie Dettori could be slightly problematic due his sometime complex language. Where to look then? John McCririck of course. The man could teach your child the art of tic tac, and even how to grow ridiculous sideburns.

Today McCririck isn’t concerning himself with the education of children. Instead, he’s calling out some men who have done a fair bit of calling out of their own. McCririck branded British Horseracing Association chairman Paul Roy a hypocrite today, in an article by Simon Milham in the Evening Standard. This came after a company co-founded and chaired by Roy, New Smith Asset Management, is believed to have applied for £40million worth of shares in Betfair.

Obviously this is rather surprising given the fact that the BHA have been at odds with Betfair over the levy in recent times, which is why it irked McCririck so much.