Home / Business / UKGC crackdown an “invasion of personal liberty,” per letter to MPs 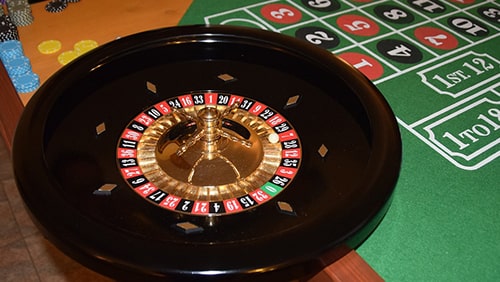 The U.K. Gambling Commission (UKGC) is continuously scrutinizing how gambling in the country is operating and doesn’t show any signs of slowing down. It is assisting with a review of the U.K. Gambling Act and wants former addicts to help shape its policies, some of which are not finding a lot of support with the gambling industry. While change of any kind is always going to cause friction, some believe that the updated gambling laws proposed could lead to losses of over $82 million for the British horseracing industry. As a result, a letter was just sent to Parliament leaders from an unidentified source, urging them to take a closer look at the proposed changes before it’s too late. The author, or authors, of the letter assert that the updated Gambling Act is a “significant invasion on person liberty.”

The UKGC has been hard at work to reform what it views as somewhat dated gambling laws in the country that don’t correctly reflect the current social environment. As a result, more control is expected to be placed on the horseracing industry, as well as on media rights income, which would cause a ripple effect that would bring greater losses, according to the letter’s author(s). The lawmakers are requested to put pressure on the commission to reconsider its changes and to ensure that they in keeping with what the government expects with the revamped Gambling Act.

The letter also asserts that online casino gambling and race gambling should not be lumped together under one set of regulatory protocols. It argues that there is more skill involved in race betting and that it isn’t as prone to lead to gambling addiction or other problems, and that history of horseracing in the country has produced a gambling product that is “fair [and] safe” and which has “stood the test of time.”

If those arguments don’t convince Parliamentary figures to take action, perhaps a plea to individual rights will. The letter adds, “The Gambling Commission’s proposed action would be disproportionate to the small number of people who suffer harm from betting on racing, as well as being a very significant invasion on personal liberty in the free society in which we live. At a time when racing and the British economy are trying to recover from Covid-19, a rushed intervention like this would also significantly set back recovery.”

The UKGC doesn’t appear to be ready to back down from its stance on introducing sweeping changes to the U.K.’s gambling laws. It believes that many operators are still not doing their part to follow existing regulations and anti-problem gambling policies, which it states is the main reason a more forceful approach is needed. However, the commission is also open to ideas, with a spokesperson stating, “[We] want to have an open discussion with the gambling industry, consumers, people with lived experience and other stakeholders, to ensure we strike the right balance between allowing consumer freedom and ensuring that there are protections in place to prevent gambling harm.”