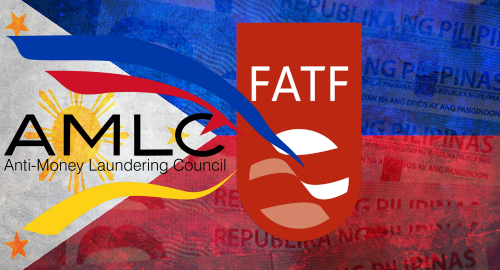 Last week, both bodies of the Philippine legislature approved a revised version of the country’s Anti-Money Laundering Act (AMLA) that includes Philippine Offshore Gaming Operators (POGOs) and their service providers under the AMLA’s definition of ‘covered persons.’

AMLA, which was approved in 2001, was amended in 2017 to include the country’s land-based and online casino operators, as well as the casinos’ junket operator partners, under the covered persons definition. (Although critics expressed dismay at the high monetary threshold for reporting suspect transactions.)

But the amended bill didn’t cover the hundreds of POGO service providers, which was flagged as an area of concern by the Anti-Money Laundering Council (AMLC) last March. The AMLC also expressed concern over many POGOs’ lack of commitment to observing their new know-your-customer (KYC) requirements.

The amendments give the AMLC the power to issue subpoenas to gambling operators and to conduct search and seizure efforts should companies prove unwilling to cooperate. The changes also include tax crimes as predicate offenses to money laundering.

The revised AMLA still requires the signature of Philippine President Rodrigo Duterte to take effect. Duterte is expected to sign the revised bill to reduce the likelihood that the Financial Action Task Force (FATF) will make good on its threats to put the Philippines on its ‘gray list’ of jurisdictions deemed to be insufficiently committed to reducing money laundering activity.

The FATF put the Philippines on its gray list in 2000 and it took five years for the country to exit that hall of shame. The 2017 AMLA amendments came after the FATF threatened to return the country to its sin bin for exempting gambling operators from the covered persons category in a 2013 AMLA update.

Duterte is said to share legislators’ fears that a return to the gray list will negatively impact an already struggling economy laid low by the pandemic. Of particular concern is the possibility of increased costs imposed on remittances sent to the Philippines by the hordes of Filipino overseas foreign workers.

The FATF’s latest deadline for the Philippines to take AML more seriously was supposed to be last October but the lingering effects of the pandemic led the FATF to extend that deadline to February 1. The FATF will reportedly decide in June whether the new rules are sufficiently tough to keep the Philippines in its good books.

The POGO sector has been decimated by the combination of pandemic restrictions and increased governmental oversight. POGOs caught an increasingly rare break this month as the Supreme Court slapped down a new 5% gambling turnover tax but the number of POGOs interested in retaining their Philippine licenses continues to shrink.