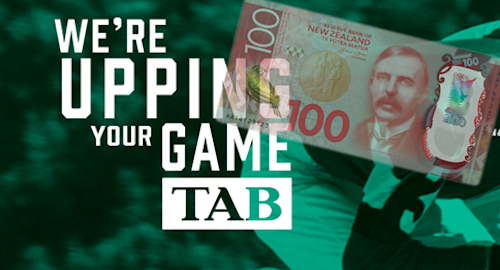 New Zealand’s online betting monopoly’s handling of a counterfeit money incident is undercutting its own argument that it’s the only safe option for local bettors.

On Monday, Kiwi media outlet Stuff reported on the difficulties a local racing bettor had in getting the New Zealand TAB to reimburse him for a couple hundred dollars the bookmaker paid out in counterfeit bank notes. The NZ$200 in funny money was issued by the TAB to Bruce Gasson as part of his NZ$680 winnings on January 3.

Gasson said he contacted the TAB after getting a closer look at the two sketchy $100 bills when he got home, but the TAB told him there was “not really a whole lot they can do about it.” The TAB also said they would only consider reimbursing Gasson if it was ordered to do so by local police.

But the police proved equally disinterested in Gasson’s bogus bills, at least, until Stuff contacted them and the TAB. The bookmaker then reached out to Gasson and assured him that he’d be made whole, while the police returned to collect the bills from Gasson for further investigation.

Gasson was obviously relieved at this happy ending but questioned why both agencies appeared so disinterested until the media got involved. The TAB’s initial indifference to Gasson’s plight also does little to support the monopoly’s current public awareness campaign targeting internationally licensed online gambling operators.

Ironically, one of the routine criticisms that gambling monopolies hurl at unauthorized operators is the possibility that these international sites might choose not to pay out winnings. Call us cynical, but we suspect Gasson’s difficulties in getting the TAB to honor their obligations won’t appear anywhere in the TAB’s marketing campaign.

The TAB’s most recent financial report shows the monopoly enjoyed betting turnover of NZ$232.6m in November, NZ$26.7m better than budgeted, while gross betting revenue was NZ$41.6m from an active customer base of 140,500. The TAB posted a net profit of NZ$17.7m in November, up NZ$1.4m from the same month last year.