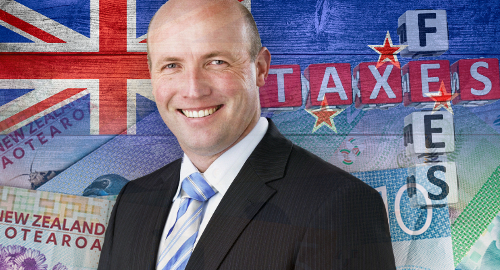 New Zealand has made good on its vow to require international online gambling operators to pay betting information fees and point of consumption taxes on wagers taken from Kiwi punters.

The changes were originally proposed in 2015 by an Offshore Betting Working Group as a means of shoring up the finances of the New Zealand Racing Board (NZRB) and its TAB betting service, whose antiquated offering and wonky technology were hopelessly outclassed by the NZRB’s 21st century rivals.

Chief among the proposed changes is the requirement for international operators to pay consumption charges on wagers derived from Kiwi punters. The rate of these charges is unspecified, although the Working Group had recommended charging 2% of betting turnover.

The Bill requires international operators to submit data on their dealings with Kiwi bettors in order to calculate the precise sum owed. Operators cannot be charged more than the total sum the NZRB remits to local racing and sports organizations in a financial year.

A similarly unspecified approach is taken in reference to the fees international operators must pay in order to use betting information on New Zealand-based races or sports events. Operators who derive less than NZ$60k revenue from Kiwi punters are exempt from both consumption and information charges.

Operators who fail to adhere to the Bill’s edicts face fines of up to NZ$20k for individuals and NZ$50k for corporations, assuming offending operators give a hoot about being tarred with the scarlet letter by a New Zealand court. Or perhaps New Zealand is pinning its enforcement hopes on the Asian Racing Federation’s new Anti-Illegal Betting Task Force proving to be more than a paper tiger.

The Bill also allows the NZRB to offer in-race betting, although these will be limited to bets on the final outcome of a race, not on events within a race. These limitations mimic the rules governing in-play sports betting, which the NZ TAB is already legally permitted to offer.

The Bill also frees up the NZRB to offer wagering on domestic and international sports events for which it doesn’t have a betting agreement with the relevant domestic national sporting organization (NSO), like, say, American football. When a particular sport isn’t represented by a domestic NSO, the NZRB would be required to work out a deal with Sport NZ to determine how betting income would be distributed.