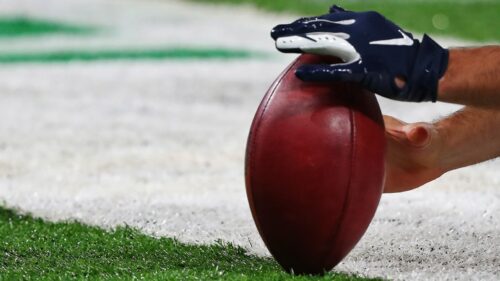 This weekend marks the start of the NFL Playoffs and it’s do-or-die for several teams. Super Wild Card Weekend will see the regular season finalists begin to set the stage for who could appear in the Super Bowl, and several teams are dealing with player changes that could make or break their chances. Sports gamblers will want to pay special attention to the results before they place their bets.

The LA Rams take on the Seattle Seahawks tomorrow and will bring back tackle Andrew Whitworth. He’s been out since Week 10 due to a knee injury, but the Rams might not be able to count on the services of quarterback Jared Goff. He’s dealing with a thumb injury that, as of yesterday, had him listed as questionable for the game. For their part, the Seahawks are waiting to see if defensive tackle Jarran Reed and cornerback Shaquill Griffin will be able to play. Bodog has the Seahawks as the heavy favorites at -175 and the Over/Under sits at 42 (-110).

The Indianapolis Colts might have to play without defensive lineman DeForest Buckner when they take on the Buffalo Bills tomorrow, as he is still trying to nurse an injured ankle back to health. The good news is that he practiced yesterday, alongside safety Khari Willis, previously out on concussion protocol. However, cornerback Rock Ya-Sin and offensive tackle Will Holden are out. For the Bills, they’re going to look at how to change the playbook, with wide receivers Stefon Diggs and Cole Beasley listed as questionable. They practiced yesterday, but are still not 100% back in the game. Bodog oddsmakers don’t think the Colts stand a chance, giving the Bills -290 and the game an Over/Under of 51 (-105).

It’s still unclear if wide receiver Mike Evans will take the field for the Tampa Bay Buccaneers tomorrow when they face off against the Washington Football Team (WFT). His participation won’t be known until just before the game, and the Bucs are still unsure if cornerback Carlton Davis will be in. The WFT has given quarterback Alex Smith limited duty because of a calf injury and is questionable, as are running back Antonio Gibson and wide receiver Terry McLaurin. Most people never thought the WFT would make it this far and Bodog believes the team’s luck may have run out. The Bucs are getting -400 on a game that has an Over/Under of just 44.5 (-110).

The Baltimore Ravens had three players on limited practice yesterday – cornerbacks Jimmy Smith and Marlon Humphrey and linebacker Yannick Ngakoue. The trio is important for the Ravens to take on the Tennessee Titans, who have lineman Aaron Brewer on the COVID-19 list and might not be able to add wide receiver A.J. Brown or cornerback Adoree’ Jackson to their lineup on Sunday. Brown and Jackson didn’t practice yesterday, which could make things a little more challenging for the Titans. They are already in a tough spot, with Bodog favoring the Ravens at -175. The game is expected to be tough, though, and the Over/Under sits at 54.5 (-110).

Here we go once again. The New Orleans Saints are back in the playoffs for the fourth consecutive year, ready to take on the Chicago Bears on Sunday. The team is healthy and is ready to put quarterback Drew Brees and running back Alvin Kamara, a deadly combination, on the field. The Bears have defensive back Jaylon Johnson on limited practice, while wide receiver Allen Robinson didn’t practice yesterday. As one of the top teams in the league this year, the Saints are getting strong support from oddsmakers and are listed at -500 on Bodog to win this game. Two defensive powerhouses are expected to keep scoring under control and the Over/Under is at 47 (-110).

The Pittsburgh Steelers got off to an incredible start this year before, for some reason, things fell apart. Perhaps they knew they were on their way to the postseason and wanted to take it easy, but they might have to play without star wide receiver JuJu Smith-Schuster on Sunday. He didn’t practice yesterday, which could have been just to give him some rest. Tight end Eric Ebron and linebacker Cassius Marsh will be back in action, having been elevated off the COVID-19 list. The Steelers take on the Cleveland Browns, who are dealing with more than a few issues. Several coaches, including head coach Kevin Stefanski, and a number of players have tested positive for COVID-19, which is going to completely alter the team’s trajectory on Sunday. Stefanski isn’t even allowed to be present at the game. As a result, the Steelers are the clear favorite at -275 and the Over/Under sits at 47 (-105).