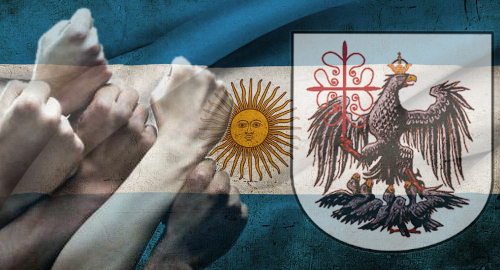 Argentina’s lawmakers have made good on their threat to hike taxes on online gambling, while Buenos Aires is gearing up to fight internationally licensed gambling competitors.

This week, Argentina’s Chamber of Deputies followed their Senate counterparts in approving the country’s 2021 National Budget, which contains a clause boosting the tax on ‘digital’ gambling from 2% to 5% of the “gross value of each bet and/or game.” The tax rises to 10% for operators based in jurisdictions that Argentina considers to be tax havens.

The task of monitoring for tax haven gambling traffic will be split between the state telecom regulator Enacom and the state-owned telecom outfit Argentine Company of Satellite Solutions Sociedad Anónima (ARSAT), which will receive a 5% cut of the new online tax. (Try not to spend it all at once, guys.)

Argentina has no federal online gambling regulatory structure and the new tax has been criticized by the Association of Lotteries, Casinos and State Quinielas of Argentina (ALEA), which believes taxing state-approved operators will only drive further the flow of cash to those online gambling tax havens.

Absent a federal solution, the Autonomous City of Buenos Aires is furthest along in launching a licensed online gambling market, despite some delays due to COVID-19 and local land-based gaming operators’ insistence at being first in the queue for licenses (17 applications at last count).

Spanish operator Codere, which has a major retail presence in Argentina that has been hobbled by the pandemic, became the first outfit to receive preliminary online approval from the Lotería de la Ciudad de Buenos Aires (LOTBA), which has been tasked with overseeing the city’s online launch.

All Buenos Aires online licensees will operate via a bet.ar domain, a category recently established by ALEA as a way for Argentine bettors to easily identify sites bearing their state lotteries’ stamp of approval. Theoretically, this will also allow internet service providers and financial institutions to recognize unwanted online interlopers.

Further to that aim, ALEA recently announced an agreement with the Mercado Libre online marketplace and the Mercado Pago payment processor to “exchange information, technical knowledge and experience” to facilitate the “detection and immediate interruption of actions” of third-parties using the sites for unauthorized gambling.

Meanwhile, the Instituto Provincial de Lotería y Casinos (IPLyC) – which oversees gambling in the province of Buenos Aires – recently teamed up with the provincial attorney general to declare war on international gambling sites. The IPLyC has filed some 41 criminal complaints against online operators in the last two months alone.

The IPLyC’s counterparts in other provinces have reported a similar surge in illegal land-based gambling after the country’s licensed operators were forced to close due to the pandemic. It’s almost as if depriving people of approved ways to gamble led them to seek out unapproved options. Huh…