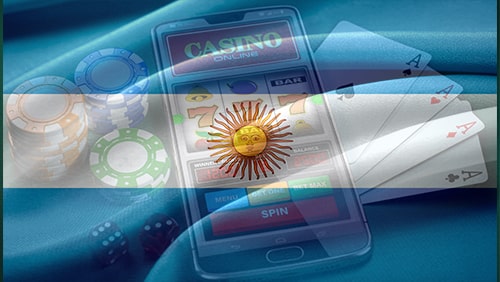 It’s been a bumpy road to get to where it is, but Argentina is finally going to see online casinos. The city of Buenos Aires announced this past February that it would welcome the iGaming segment, but retail casino operators then tried to thwart those efforts in court. Buenos Aires decided that nothing was going to stand in its way, and has now approved iGaming in the city. In some ways, the new Buenos Aires iGaming market could be the most lenient ever seen.

The Buenos Aires Legislature has reportedly signed off on measures that will allow land-based casinos and bingo and slot parlors to launch iGaming operations. Some jurisdictions, especially in the U.S., have sought to charge millions of dollars in fees for gambling licenses, but the city is taking a different approach. There won’t be any fees; however, operators will have to pay between 10%-20% on each bet, as well as 6% of their gross profits. The Ministry of Finance will monitor the activity, with licenses being awarded for five-year stints.

Claudia Neira, a Buenos Aires politician who represents the Frente de Todos (Everyone’s Front) party, asserts of the planned rollout of iGaming, “It is logical to want to regulate online gaming as it exists and is installed in the world. It is also important that gambling is controlled and prevented. When we talk about gambling, we are talking about health, so we have to face it from that side. This is a great source of income for the City, but we know very well that it is an activity that brings many problems to the locals.”

Operators are going to have to be completely transparent with the games they offer, providing rules, odds and other information. Only those who don’t have any black marks on their record will be allowed to hold a license, and they will also have to make it easy for users to track their gambling and payment histories online. It isn’t clear how many licenses will ultimately be issued.

In addition to moving into the virtual gaming realm, Buenos Aires is making changes to the physical gambling landscape. Going forward, it will not allow ATMs, money vending machines or pawnshops to be located within 200 meters of gambling halls. Mercedes De Las Casas, who represents the Vamos Juntos (Going Together), explains, “This is the first law on a complex and painful issue such as gambling. We are creating a framework of controlled play. When gambling is not responsible, it turns into hurt and pain. It is a compulsive disorder that affects those who suffer from it and their family and environment; it is a silent disease and difficult for families to detect. This law is a great step to ensure that gambling is responsible. There is still a lot to continue working on, but starting by restricting and sanctioning is a good way to start.”