The Chicago Bears are second in the NFC North, just slightly ahead of the Minnesota Vikings. As these two teams met last night in Monday Night Football (MNF), the Bears were setting themselves up to make a solid run on the playoffs, but ran into some late-game trouble that is now going to cost them big time. With NFL Week 10 now in the bag and only seven more weeks of regular season football to go, teams not already in the top spots in their divisions can’t afford any losses. 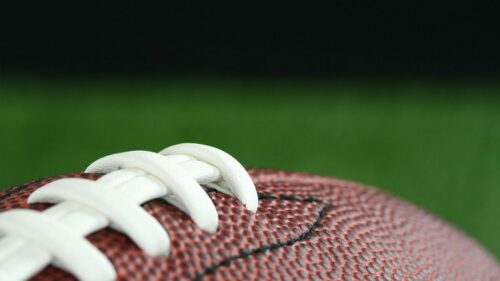 Last night’s game looked like the Bears were going to add another win to their record. On the opening kickoff of the second half, wide receiver Cordarrelle Patterson took it all the way back to the end zone for a touchdown, covering 104 yards in the process. That broke Chicago’s longest kickoff return record, which had sat at 103 since Gale Sayers ran it back in 1967. Using that TD as momentum, the Bears moved on to take a 13-7 lead and threaten to give the Vikings another loss on the season.

The Vikings weren’t going to have any of it, though. Kirk Cousins came out and connected for 292 yards, tacking on two touchdowns, destroying the Bears defense in the process. It was the first time he has ever won a game in MNF after having made ten appearances. After Cousins and the Vikings scored their last touchdown heading into the fourth quarter, the defense went to work on the Bears and made their lives impossible. Bears quarterback Nick Foles, who has been up and down this season, couldn’t find any decent targets and, adding insult to injury, took a shot from Vikings defensive end Ifeadi Odenigbo in the last minute of the game that resulted in a cart being brought onto the field to carry him away. He is now being evaluated, but the initial indications are that he may have suffered injuries to his leg and hip, and possibly even his throwing arm, as he landed on his right side following the hit.

Trailing 19-13 and with less than a minute left, the Bears would bring in backup QB Tyler Bray to try to save the day. His first pass gave the impression that he was on the right path, as he connected with running back Ryan Nall to pick up 18 yards and push the team down the field. However, Bray doesn’t appear to be ready for a leading role yet, as his next five passes were incomplete and the chances of a Bears come-from-behind win were suddenly wiped out.

This was the fourth straight loss for the Bears, the longest dry spell since head coach Phil Nagy came in two years ago. The Vikings managed to pick up their third win in a row while, at the same time, stopping a losing streak against the Bears that had endured across the last four meetings between the two teams. Oddsmakers had anticipated the Vikings would take the win, giving them -125 before the game. The Over/Under of 43.5, however, was way off the mark, giving Under bettors reason to celebrate.