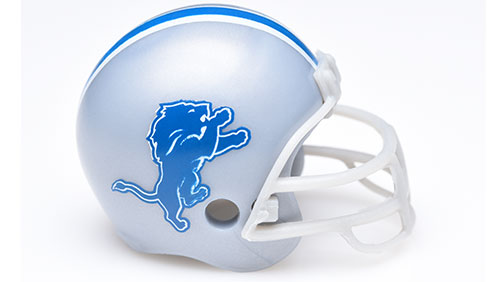 Every team in the NFC has won a division title since 2007 but one. The lone club that hasn’t? That would be the Detroit Lions, whose last division championship came back in 1993 when the current NFC North was called the Central. Perhaps it’s no surprise, either, that the Lions are one of four active franchises to never play in a Super Bowl and the only one in the NFC.

The current Lions have become the New England Patriots West as head coach Matt Patricia has brought in another handful of ex-Patriots in free agency just like he did last offseason. Patricia is a former New England defensive coordinator and enters 2020 on a very hot seat after back-to-back losing seasons.

Oddsmakers aren’t confident the Lions will end their division title drought as they are +800 long shots in the NFC North. The defending champion Green Bay Packers are +135 favorites, and they should be considering in Aaron Rodgers they have by far the division’s best quarterback.

The NFC East has been the definition of parity for nearly two decades as it hasn’t had a repeat champion since the Philadelphia Eagles won their fourth title in a row way back in 2004. Philly is the defending champion as well and the +120 co-favorite with the Dallas Cowboys. The Eagles were behind the Cowboys much of last season but beat Dallas in Week 16 to essentially win the NFC East. The Cowboys were able to hang on to top receiver Amari Cooper this offseason even though he hit free agency; it cost Dallas $100 million over five years.

Since 2015, every team in the NFC West has won the division title at least once. The San Francisco 49ers won it in 2019 on their way to the Super Bowl, where they blew a 10-point lead midway through the fourth quarter and lost to the Kansas City Chiefs.

The Niners are +105 favorites, followed by the Seattle Seahawks at +240. Seattle had a chance to win the NFC West in Week 17 last year but lost a heartbreaker at home on the penultimate play against San Francisco. The Seahawks were stopped at the Niners’ one-yard line on fourth down.

Finally, the New Orleans Saints are -135 favorites to win the NFC South for a fourth straight year in what could be quarterback Drew Brees’ final season. He’s joined in the division this year by another legend, Tom Brady. His Tampa Bay Buccaneers are +200 second-favorites.