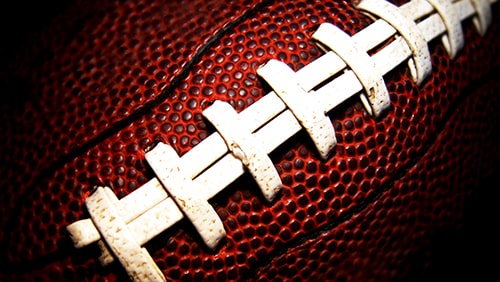 In a rare occurrence precipitated by COVID-19 and recent outbreaks of the virus in the NFL, Monday Night Football (NFL) gave football fans a unique doubleheader. The Dallas Cowboys went up against the Arizona Cardinals, while the Kansas City Chiefs took on the Buffalo Bills, and the action was every bit what sports fans love to see. Maybe not all sports fans – Cowboys fans had to be grimacing over the performance their team was giving.

The Cowboys had to play without star quarterback Dak Prescott, who went down last week with a serious ankle injury that’s going to keep him out for the rest of the season. With no really strong offense, the Cowboys found themselves fighting a superior defense that blocked them at every turn. Ezekiel Elliott, the always pumped-up running back, brought down eight passes; however, he only gave his team 31 yards as a result. His running game was stifled even more, getting just 49 yards on 12 carries.

The Cowboys couldn’t get into a steady rhythm and put up two consecutive fumbles in the first quarter before doing it again in the second. Two of those came via Elliott, with both resulting in touchdowns as the Cardinals offense rolled over the Cowboys, 38-10. Dallas now has a 2-4 record on the season; however, it can still be happy about one thing. That’s the best record in the NFC East, putting the team on top. The other three NFC East teams are either 1-4 or 1-5.

If there is one thing that can be said about Chiefs head coach Andy Reid and quarterback Patrick Mahomes, it is that they are both awesome at reading defenses and making adjustments on the fly. This was evident last night as the Bills came into the game attacking the defending Super Bowl MVP, but Mahomes and Reid ready Buffalo like a Dr. Seuss book and quickly swapped strategies away from a passing to a running game, and it paid off as they took down the Bills, 26-17.

Last night was only the second time since Mahomes joined the Chiefs that the team ran more than it threw. Mahomes put up 225 yards in the air, but the 46 rushes gave the team a total of 245 yards – the most they’ve recorded in eight years. Of those, running back Clyde Edwards-Helaire got the most, adding 161 yards to his credit. That ties the franchise’s third-place single-game record for a rookie.

The Chiefs might consider relying more on the run game in the future, despite the power Mahomes has with his passing game. Of the 245 yards on the ground, 197 were picked up before any defender was able to get to the ball carrier. The Chiefs offense was on fire, and the ability to swap between the passing and the running games will pay off in a big way for Kansas City this season. They’re now 5-1 and on top of the AFC West, with aspirations of back-to-back Super Bowl wins.

In both games, oddsmakers had expected bigger things. The Under hit on both, by 11.5 points in the Chiefs/Bills game and by 8 in the Cardinals/Cowboys game. The Chiefs had been expected to win; however, the Cardinals had been slight underdogs, leaving a lot of Cowboys fans (and gamblers) disappointed.