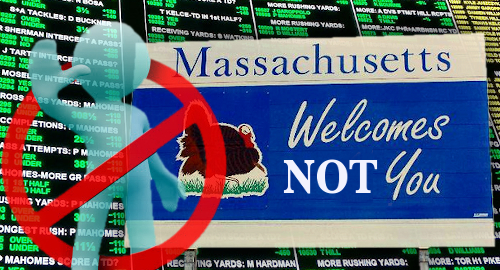 Half of Virginia’s sports betting applicants are going to go home disappointed while Massachusetts casinos want to ensure online-only operators find no favor in their state.

On Thursday, the Virginia Lottery announced that it was reviewing 25 applications for the minimum four/maximum 12 mobile sports betting permits available under the state’s wagering legislation. The identities of these applicants weren’t disclosed, but the lucky recipients will be selected by January 31, 2021.

That dirty dozen licensees doesn’t include applications “tied to certain major league sports franchises” that call Virginia home. (Since the state has no such entities at present, do its two NASCAR racetracks count?) It does include applications by the four casinos authorized this spring by voters in the cities of Bristol, Danville, Norfolk and Portsmouth.

As the Lottery previously explained, preference will be given to operators with US market experience (and success), along with applicants’ capacity to generate revenue and new jobs, and which at least attempt to attract investors “that are minority individuals.”

Lottery exec director Kevin Hall said the number of “national and international” betting operators seeking Virginia licenses was a validation of the state’s regulatory regime. Betting licensees will pay a $250k upfront fee, another $200k at the end of three years, plus 15% tax on betting revenue.

Further up the eastern seaboard, two of Massachusetts’ three casino operators are lobbying state legislators to restrict sports betting permits to land-based casino licensees, although they appear willing to leave the door ajar for the Boston-based DraftKings.

Similarly, “automatic windfalls in industries or interests which assume no new costs, risks or obligations … are not only harmful to the gaming industry’s interests but even more so to the overall public interest.”

That said, the two casinos say they might not object to legislators authorizing a single online-only license to an operator “headquartered in Massachusetts and has a majority of their employees located in the Commonwealth.”

The debate is currently moot, as the state’s latest betting legalization effort came to naught this summer and the sand is rapidly running out of the current legislative hourglass, likely leaving this subject an open wound until 2021.