Home / Casino / Bloomberry cuts their losses nearly in half in Q3, 2020 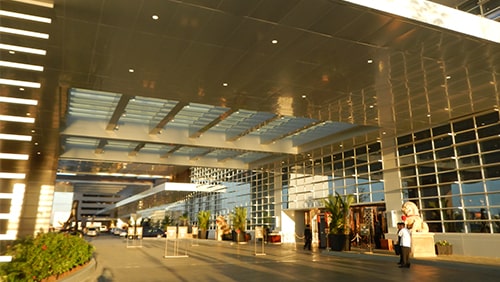 Bloomberry Resorts finally saw some life in their portfolio in Q3 2020, thanks to the reopening of Solaire Resort & Casino, but that hasn’t stopped the bleeding. The casino operator reported a P2.5 billion ($52 million) loss for the period.

That’s still a lot better than the P4.7 billion ($96.2 million) loss they had in Q2, but far down from their profit of P3.9 billion ($80.9 million) the previous year. But Solaire being allowed to partially reopen cut those losses in half quarter over quarter, as the casino increased its revenue from P686.6 million ($14.1 million) to P4.4 billion ($91.3 million).

VIPs, who would have been the first invited back with restricted crowd sizes, made up almost half of that Gross Gaming Revenue (GGR) at P2 billion. Mass table and EGM brought in P1.1 billion and P1.3 billion respectively. Year over year, all three segments saw a decline of more than 70%.

Group-wide EBITDA (Earnings before interest, taxes, depreciation, and amortization) showed a loss of P203.7 million, much improved from the P2.0 billion ($40.9 million) loss in Q2, but still down from the positive P6.4 billion EBITDA for the same time in 2019.

“In the near term, we hope to see a recovery as domestic quarantine restrictions are eased further,” he added.

In the additional mentions of their Q3 release was a mention regarding the Solaire North development in Quezon City. “Bloomberry’s P40 billion Loan Facility reserved for the development of Solaire North has not been drawn as of September 30, 2020.” Razon had previously noted this new casino’s opening date had now been pushed out perhaps as far back as 2023 due to regulatory battles and Covid restrictions, and it would seem that situation has yet to improve, as no further commentary was given on the matter.