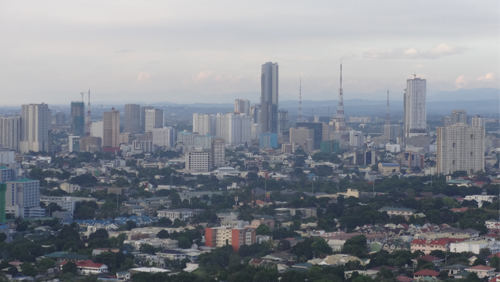 Thank the coronavirus for forcing all types of businesses around the world to alter their plans in one way or another. Whether as a direct result of a reduction in funds or an inability to continue with construction because of lockdown orders, forward progress on a number of different fronts stalled and is just now starting to get its motor running again. The casino industry was one of the hardest hit, in terms of global impact, and a number of projects are either going to face delays in their development or be scrapped completely. Two casino properties expected to be added to the Philippines are still moving forward, and one has already admitted it will face delays over COVID-19. The other could find difficulty staying on track.

Bloomberry Resorts Corp. is having difficulty with its Solaire North gaming venue. The property is located in Quezon City and Bloomberry CEO Enrique Razon has already acknowledged that the project was being delayed due to regulatory hurdles. Facing the wrath of the coronavirus, more delays may be coming, and Razon now expects the project to not be ready until the end of 2022 or even into 2023. Construction has “partially restarted,” but is still facing government-ordered restrictions that make ramping up activity more problematic.

Bloomberry has already taken a hit this year, watching its net income decline by 37.7% in the first quarter compared to a year earlier. Further reductions are more likely coming as a result of the continued lockdown, in some areas of the country, ordered by President Rodrigo Duterte. It will be the end of the month, at the earliest, before restrictions are lifted.

Emerald Bay casino resort has been in the works for PH Resorts Group Holdings since 2017. It is being built on Mactan island in Cebu and already had to seek one bailout to continue with the construction. The project is expected to be completed in 2020 and, according to Dennis Uy, the CEO of PH Resorts, that plan won’t be changed. However, a huge loss in the first quarter of the year, coming on the heels of last year’s financial support, could cause some changes.

Uy said in a filing with the Philippines Stock Exchange, reiterating the expectation that the venue will open in 2022, “The group expects to commence the hiring process in respect of the Emerald Bay’s gaming and hotel operations and fill a number of managerial and administrative roles within the company’s principal office in the fourth quarter of 2021.”

On top of the $43 million PH Resorts received in October of last year, the company is now looking to pick up another $15 million through a new share offering. The company explained that it will offer 300 million common shares, with an over-allotment option that covers another 150 million shares. If that option were exercised, PH Resorts would be able to secure another $7.4 million in funds for its projects.

That money will come in handy, as the company took a hit in the first quarter of the year. It reported a net loss attributable to shareholders of $2.9 million across the three-month period and, as the Philippines is still recovering from the coronavirus with several areas still on lockdown, the second quarter of the year probably won’t be too much better.