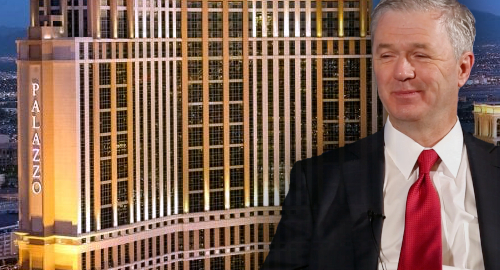 Casino operator MGM Resorts plans to appeal a fine for allegedly failing to observe pandemic precautions at one of its Vegas casinos, while MGM’s real estate partner is eyeing up the land under Las Vegas Sands’ Venetian resort.

MGM learned Monday that it had been fined $12,617 by the Occupational Safety and Health Administration (OSHA) for a “lack of social distancing at point-of-sale terminals used by employees” at the company’s Aria property in Las Vegas. OSHA launched its investigation following an Aria staffer’s complaint regarding claims of workplace safety hazards.

MGM issued a statement saying it “plans to contest the citation and penalty because it does not believe it has violated any safety laws.” MGM insisted that it had “no higher priority” than protecting its staff and guests and cited its Seven-Point Safety Plan’s “clear policies for maintaining safe distances and other important protocols.”

Meanwhile, the MGM Growth Properties (MGP) real estate investment trust that owns much of the land underneath MGM’s casinos – and collects millions of dollars in rent from MGM each month – suggested this week that it might be interested in striking a similar deal with MGM rival Las Vegas Sands.

Sands shocked the gaming sector last month by confirming that the company was having preliminary talks with undisclosed parties regarding a potential sale of its Venetian and Palazzo casinos on the Las Vegas Strip. Along with the Sands Expo Convention Center, analysts estimated the combined asking price for these holdings could top $6b.

Speaking after MGP’s third-quarter earnings report, MGP CEO James Stewart said his company “would definitely be interested” in picking up a major asset on the Las Vegas Strip. Vegas may be struggling to regain its pre-pandemic form, but Stewart (pictured) believes Strip properties “are going to be set up for some very significant growth once we get to the other side of COVID.”

Trouble is, MGP isn’t interested in operating gaming venues, meaning it would have to find a partner with which to make an offer for the Venetian. And that partner/tenant “has to be one who has some real skin in the game, so to speak, and a great incentive to keep on paying the rent because there could be some bumpy times here in the next little while.”