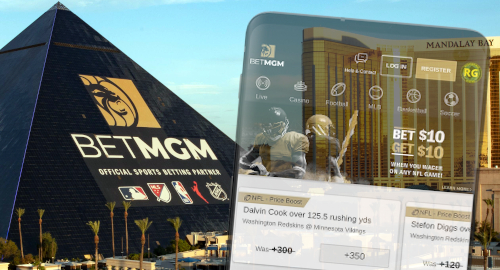 Casino operator MGM Resorts lost over half a billion dollars in the third quarter of 2020 but claims to see “signs of stability and recovery” amidst all the doom and gloom.

On Thursday, MGM reported revenue of $1.12b in the three months ending September 30, a two-thirds decline from the same period last year. The company booked an operating loss of $495m and a net loss of $535m versus a $37m net loss in Q3 2019.

MGM’s Q3 2019 red ink was blamed on a non-cash impairment related to the sale of real estate under some of its Vegas casinos. This year, it’s COVID-19 getting the blame and the impairment is all too real.

In Las Vegas, MGM’s revenue was down 68% year-on-year to $481m and earnings – before paying rent to its REIT landlord – plunged 97% to just $15m as the casinos struggled under their new COVID-19 capacity limits. Table game drop and slots handle were both down 41%, while hotel occupancy slumped 48 points to just 44%.

MGM’s regional US operations fared better, with revenue down a mere 40% to $557m while earnings fell 46% to $146m as table game drop and slots handle both slipped around one-third. All MGM’s US properties have now reopened following their pandemic closure, albeit on a limited basis for the foreseeable future.

In Macau, the MGM China joint venture reported revenue off 94% to $47m with an earnings loss of $96m. Both VIP and mass table turnover were a shadow of their former selves while win rate also fell for both verticals, resulting in VIP and mass win both falling 95%.

MGM continues to ruthlessly purge its payroll of dead weight, including more layoff notices issued just this week. The company claims it’s on track to realize $450m in cost savings this year, although around one-third of that comes from plans set in motion pre-pandemic.

MGM said Thursday that its Vegas hotel occupancy had nudged back up to 50% in the current quarter but, as gambling operators in France, Germany and Italy are now discovering, the threat of a second pandemic wave could force Vegas casinos back into total lockdown just as they’re finding their feet.

But CEO Bill Hornbuckle suggested MGM might opt to independently shut certain hotel towers along with other amenities as the traditionally slow holiday season approaches. Nothing’s carved in stone just yet, but the harsh financial lessons of this year mean few options are off the table, regardless of how insane they might have seemed at this time last year.

BETMGM TO THE RESCUE

As for the US-facing BetMGM joint venture with UK gambling operator GVC Holdings, Hornbuckle said it’s on track to generate revenue of $150m-$200m this year and the company is all the more grateful for it given the current circumstances. Hornbuckle added that MGM won’t let concerns over cannibalizing brick-and-mortar casino revenue “get in the way” of prioritizing BetMGM’s growth.

In the four states that BetMGM’s sports betting app is currently available, MGM says it’s boosted its combined market share from 4.5% in January to 8.7% as of September. BetMGM will launch online betting in Tennessee this Sunday and Michigan is expected to join the party before the year’s end.

BetMGM also operates retail sportsbooks in five states, with New Mexico coming soon, while online casino/poker ops will be in three states by year’s end. BetMGM claims to be the number one iGaming operator in New Jersey with a nearly 18% market share for the year-to-date (over 20% in Q3).

On Thursday, BetMGM finally received regulatory approval to launch in Pennsylvania’s online gambling and sports betting market, nearly two years after submitting its original application to the Pennsylvania Gaming Control Board. The company has yet to offer specifics on launch timing.

MGM also announced this week that it had appointed Ryan Spoon, the former VP of social & digital content at sports broadcaster ESPN, as BetMGM’s new chief operating officer. The appointment suggests that MGM is putting a major emphasis on content to drive user engagement and customer acquisition, similar to the approach of some of its rivals.