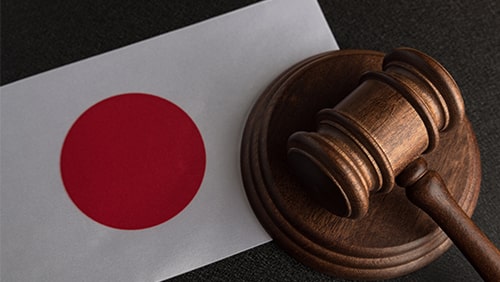 While it does little to clean up Japan’s tarnished reputation, at least justice has prevailed. As the country was preparing for its entry into the world of organized casino gambling with integrated resorts (IR), one of its own legislators decided there was nothing wrong with lining his pockets with some extra money to help out a gaming operator. However, Tsukasa Akimoto is finding out the hard way that his beliefs were misguided and will face the music for (allegedly) deciding to take bribes from gaming operator 500.com. In the meantime, two of the individuals that helped him on his entrepreneurial journey have now been found guilty for their roles in the ordeal.

Masahiko Konno and Katsunori Nakazato are two Japanese former advisors to 500.com who had been accused of facilitating payments of around $72,000 to Akimoto. The goal was to have the lawmaker use his position and influence to help the gaming operator secure a spot in Hokkaido, one of the early frontrunners for an IR. They learned their fate from a Japanese court yesterday, with Konno being sentenced to two years in prison, and Nakazato being slapped with a sentence of 22 months. In both cases, however, the judge suspended the sentence for three years. Adding insult to injury, Hokkaido had temporarily pulled out of the IR race last November, making the bribes a waste of time, money and reputation.

Akimoto is now a former member of the Liberal Democratic Party (LDP), Japan’s ruling political party. At the time the malfeasance is said to have taken place, he was directly involved in helping the country shape the policies for the eventual introduction of casinos. Konno and Nakazato are said to have given him the money over a two-year period from 2017 to 2018, and also paid for him to travel between Hokkaido and China to negotiate business relationships with 500.com. To no one’s surprise, the operator had conducted its own investigation into the allegations, and recently revealed that it couldn’t find any evidence of wrongdoing.

Still, the Japanese courts apparently found the evidence 500.com couldn’t, leading to the convictions. The judge reportedly said when handing down the ruling, according to Japanese media outlets, that Konno and Nakazato had “severely undermined the impartiality of duties and public trust in a large-scale project promoted by the government.” With the guilty verdicts, it can easily be concluded that Akimoto will also be found guilty; however, he is being processed separately.

Akimoto has been presented with a number of charges over the ordeal, including accepting bribes and witness-tampering. He has been arrested four times on various charges and, after having previously been granted bail, was remanded back into custody. He now sits in a Tokyo detention center as he waits to find out what happens next.