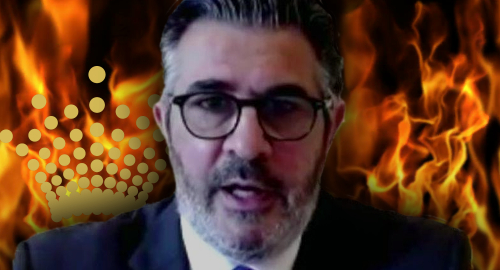 Australian casino operator Crown Resorts suffered from “a failure of culture” that led to its VIP gambling compliance shortcomings, according to a long-time member of its board of directors.

Monday saw Crown director Andrew Demetriou take his turn in the hot seat at the New South Wales Independent Liquor & Gaming Authority (ILGA) inquiry into Crown’s suitability to hold a state gaming license for its Crown Sydney property, which is slated to open in December.

Witnesses who appeared before the inquiry earlier this month have revealed a level of seemingly willful cluelessness on the part of Crown’s board and senior managers regarding the company’s skirting of VIP gambling compliance obligations. Demetriou (pictured) said Tuesday that the board’s lack of awareness was “not a failure of our processes, but it speaks more of a failure of culture.”

ILGA commissioner Patricia Bergin suggested Demetriou was being overly charitable regarding Crown’s actions, noting that the company has yet to shut down shell companies that were set up to help Chinese high-rollers move money off the mainland to Crown casinos, despite these accounts having been flagged by regulators over a year ago.

Demetriou said Crown CEO Ken Barton was conducting a review into the company’s compliance and, while acknowledging that “in some areas we’ve proven to be deficient,” Demetriou insisted that “it’s not to say we don’t run a very fine business in other areas.”

With respect, this is a palpably thin defence, akin to the White Star Line claiming that, while it’s true the Titanic did sink after striking an iceberg, the first-class buffet got rave reviews from customers. (At least, the ones who didn’t drown.)

Demetriou dug his hole deeper when it was revealed that he was occasionally reading from prepared notes while giving his testimony. Demetriou said he’d prepared the notes himself, adding that he hadn’t thought about the inappropriateness of a witness taking cheat sheets into the witness box. The inquiry was briefly halted so Demetriou’s counsel could figure out what was on said notes.

Demetriou is scheduled to give further testimony on Tuesday. The ILGA is under rising pressure not to do Crown any favors when the inquiry delivers its final report in February. The growing consensus is that, while Crown Sydney may get to keep its gaming license, additional license conditions will be imposed, and Crown will likely have to undertake a wholesale purge of its board and senior management ranks.

Even if it dodges a crippling blow in NSW, Crown learned Friday that its Crown Melbourne casino had been ordered to “show cause why disciplinary action should not be taken” by Victorian gambling regulators for the VIP compliance failings.

Meanwhile, the Blackstone private equity group that currently holds a 10% stake in Crown is seeking to boost its stake. Blackstone Group, which has been amassing significant gaming sector holdings in recent years (both land-based and online), acquired its current Crown shares in April after Melco Resorts & Entertainment sought to extricate itself from the NSW regulatory brouhaha.

The Sydney Morning Herald reported that Blackstone has applied to the NSW gaming regulator for the right to increase its stake in Crown, whose largest shareholder James Packer said last week that he would likely have to significantly reduce his current 36% stake in the casino operator in order to satisfy regulatory pressure to clean house.