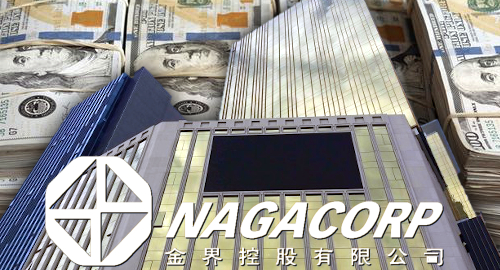 Cambodian casino operator NagaCorp says business is nearly back to normal after its COVID-19 shutdown, while the government appears to be finally making progress on its new gambling rules.

On Sunday, NagaCorp announced that average daily net gaming revenue at its NagaWorld casino in Phnom Penh during August and September equalled 91% of revenue generated in the first three months of 2020.

Cambodia ordered all casinos to close their doors on April 1 to limit further COVID-19 transmission and NagaWorld didn’t reopen its VIP table operations until July 8, while the public gaming floor followed suit later that month. Despite these limitations, NagaCorp still managed to turn a profit in Q2, showing the undeniable benefits of its Phnom Penh casino monopoly.

Mass market gaming table buy-ins in August and September averaged 93% of their daily rate in Q1, while electronic gaming machine (EGM) bills-in were at 100%. However, VIP gambling turnover remained at only 71% of pre-closure levels, a victim of ongoing pandemic restrictions on international travel.

However, the few VIPs who are showing up to gamble – mainly ex-pats already living in Cambodia when the pandemic hit – are playing really poorly, as average daily VIP revenue is 92% of its pre-closure rate. That’s four points better than mass market table revenue, and only one point behind EGM revenue.

NagaCorp says net gaming revenue over the first nine months of 2020 will come in just under US$294m, less than half the $616.3m the company reported in the same period last year. Gross revenue hit $610m, with VIP accounting for a little over $437m, mass tables $116m and EGM just under $57m.

Looking to build on its current momentum, NagaCorp says it’s converting some non-gaming space – including its Garden Buffet restaurant – into gaming areas to take advantage of “increased footfall and new clientele.” The company said its premium mass tables have been “the key mass-market revenue growth driver” since reopening.

Cambodia has so far approved only nine other casinos besides Nagaworld to reopen following the pandemic shutdown. That’s around 10% of the total number of casinos that had been active prior to April 1.

Meanwhile, Cambodia’s National Assembly opened its latest session on Monday, during which the 114 lawmakers in attendance unanimously approved the new draft gambling law. The law has progressed at a glacial pace over the past decade, and Monday’s vote only sends the draft to the Senate for further review.

The draft establishes minimal capital requirements for casino operators and toughens enforcement of anti-money laundering and terrorism financing protocols. There are also new penalties for operators who stray outside the boundaries, including offering online gambling in defiance of the ban that took effect January 1.