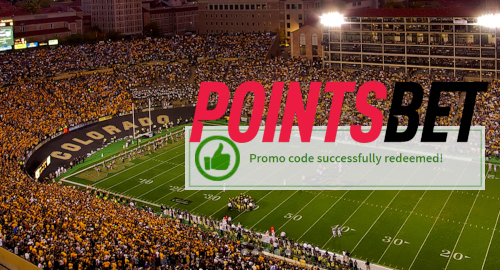 The sports betting partnership between PointsBet and the University of Colorado offers some groundbreaking if highly suspect financial incentives for the Buffs.

Last month, PointsBet signed the first ‘corporate partnership’ between a sportsbook and a National Collegiate Athletic Association Division-I school. The deal marked a major turnabout for the NCAA, which for decades fought hard against the legalization of sports betting. The deal is technically with Buffalo Sports Properties LLC, which is part of the Learfield IMG College sports marketing operation.

As with all recent deals signed between sportsbooks and major North American sports teams and leagues, the financial terms of the PointsBet-CU Buffs pact weren’t disclosed. But Sports Illustrated obtained a copy of the contract, which contains some eyebrow-raising financial incentives for the school.

The five-year deal will see CU earn a minimum of $1.625m, plus $30 for each bettor who opens an account with PointsBet using a promo code specific to the school. The idea that an NCAA school will act as a sports betting affiliate marketer – albeit one that’s not earning much from its referrals – may ruffle feathers among more traditional sports fans and/or those who continue to view legal wagering with a skeptical eye.

Given that the majority of the school’s student body are under the legal betting age of 21, the school will have to be extremely careful how it markets this promo code. The NCAA also prohibits wagering by its athletes and off-field personnel and draft legislation making the rounds would prohibit players from endorsing gambling products.

For its part, PointsBet’s deal prohibits it from using any CU athlete’s name, image or likeness (NIL) without the school’s permission. The deal also indemnifies the school should any athlete file a legal claim against the company related to their NIL.

The deal’s marketing rights include repeated appearances of PointsBet’s logo on the football stadium’s videoboards, end zone LED screens and ribbon boards, along with guaranteed “TV visibility” for a permanent field-level sign.

PointsBet will also receive one in-game mention over the stadium’s PA system as well as commercials and name-checks during radio broadcasts. However, these perks apply only for regular season games, with the company having to shell out $600 for a 30-second commercial in any post-season play.