About the only thing left for Marco Antonio Trovato Villalba to do is dream about soccer. The president of Olimpia, a soccer club out of Paraguay, has been given a lifetime ban by FIFA from anything and everything related to the sport after he was found to have tried to rig games in an embarrassing match-fixing scandal. The embattled executive could choose to appeal the decision, but that isn’t likely to find much sympathy. 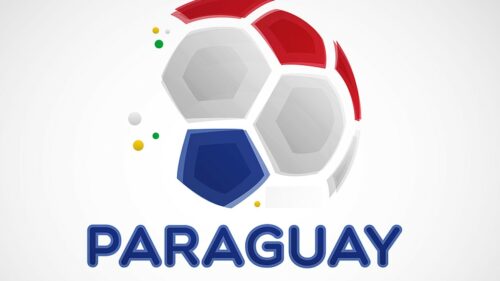 FIFA’s Disciplinary Committee met about a week ago and cut in time to discuss Villalba and his antics. According to the committee’s notice, he was ultimately found guilty of “match manipulation and of failing to comply with his duty to collaborate during disciplinary proceedings in violation of the FIFA Disciplinary Code.” While it doesn’t explain how the match-fixing had taken place or which specific games were involved, the committee explains that the games had taken place in 2018 and 2019.

Villalba was determined to have violated two specific articles of FIFA’s Disciplinary Code, Article 18, which addresses manipulation of games, and Article 20, covering individuals’ obligations to respond to requests by FIFA regarding investigations into possible wrongdoing. Apparently, Olimpia’s leader decided he didn’t have to help the organization determine what had happened, which only incriminated him more. According to that same code, and its Article 56, Trovato Villalba has ten days to appeal, and that appeal will go before the same FIFA Appeal Committee that delivered his sentence.

In addition to having been given the boot from soccer, Villalba will also have to break out the wallet. FIFA has slapped him with a fine of 100,000 Swiss Francs, or $108,520. It wasn’t clear if he will be forced to relinquish his seat as the president of Olimpia, which he had won during an election by the team’s shareholders in 2014. He took over for Oscar Carisimo Netto at the time, getting 1297 votes of the roughly 1516 that were cast.

The gambling landscape is changing as more entities and jurisdictions get involved. However, this doesn’t necessarily mean that there will be an increase in the number of match-fixing incidents there are. Some studies have shown that, despite what could be a considerable threat to tennis, cases of match-fixing are down over the past couple of years. Rigging games has been around since the first sports competition was held – there will always be those cheaters and fraudsters whose moral compass always points south. As the sports gambling space gets more crowded and technology improves, it actually becomes easier to uncover the scammers and hold them accountable.

While we’ll never rid the world of those unscrupulous characters who refuse to play by the rules, in any industry, at least regulators and authorities have more tools at their disposal to unmask them.