It appears that match-fixing in tennis may be even more widespread than previously imagined. It has been known for a while that there was an issue and, a year ago, seven more individuals were added to a list of fraudsters that already included over 130 names. Tennis players, gamblers, officials and operators have been implicated over the years, and there have been at least six countries on the list of locations where the activity has been found. Now, police in Victoria, Australia have charged two individuals for their roles in what could be the largest international tennis match-fixing ring ever uncovered. 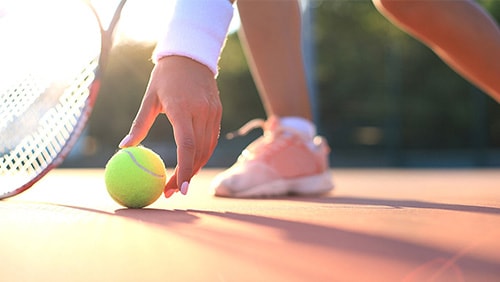 The Sydney Morning Herald reports that the gambling scamming ring is apparently based out of India and has been running its operations under the radar by focusing primarily on low-level tennis matches in Europe and South America. They would convince players to intentionally lose matches while, in other parts of the world, associates would be placing their bets, knowing they were about to pick up a windfall of cash. However, as fraud and match-fixing technology improves, it was only a matter of time before the activity was identified.

Victoria Police allege that the two individuals, Rajesh Kumar and Harsimrat Singh, attempted to fix tournaments in both Brazil and Egypt in 2018. They earned up to $220,000 (AU$320,000), some of which made its way to players through transfers made with Western Union. Kumar is looking at 16 charges for his crimes, while Singh faces nine.

A spokesperson for the Victoria Police states, “Detectives from the Sporting Integrity Intelligence Unit have charged two men with using corrupt conduct information for betting purposes. The charges relate to an investigation into alleged betting practices linked to a number of international tennis matches in Brazil and Egypt in 2018. The investigation into this matter remains ongoing.”

The two fraudsters may be relatively low-level players. The police have charged them with having received information that “one or more of the players” of the matches was going to toss their competition, leading to their involvement. The duo successfully placed bets worth anywhere from $6 (AU$8.70) to $17,000 (AU$25,000), while some other bets attempted, for reasons not specified, weren’t completed.

The Tennis Integrity Unit adds through its spokesperson, “All TIU investigations are carried out in confidence and that policy, together with the fact that this is an ongoing legal process, means we are not in a position to comment on the matter at this time.”

Both of the accused have already had their day in court and pleaded not guilty. However, the paper trails appear to say otherwise. The match-fixing ring may have involved Ravinder Dandiwal, an alleged swindler who has been tentatively connected to rigging tennis and cricket games. Dandiwal is currently being investigated by police and gaming regulators in Australia and India, as well as in other countries.