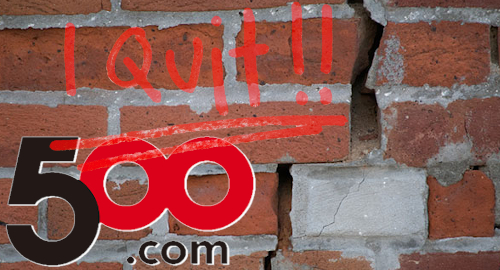 On Monday, the Shenzhen-based, Nasdaq-listed 500.com reported that its auditor Friedman LLP had resigned last week. Friedman pulled the eject lever after disagreeing with 500.com management on “the effectiveness of the Company’s internal control over financial reporting in light of certain alleged unlawful payments.”

Said payments were made by ‘consultants’ engaged by 500.com to promote the company’s pursuit of a Japanese casino project. The payments caused a major political scandal in Japan that led to the arrest of Japanese lawmaker Tsukasa Akimoto last Christmas and the subsequent resignations of 500.com’s chairman and CEO.

In January, 500.com established a Special Investigation Committee (SIC), which reportedly has yet to identify any violation of the US Foreign Corrupt Practices Act (FCPA). Regardless, Friedman said the suspect payments “may have reflected material weakness” in 500.com’s internal controls and thus the auditor can no longer stand by the reports it prepared for 500.com’s financial statements for 2017 and 2018.

500.com disagreed with Friedman’s conclusion, and asked Friedman to send a letter to the US Securities and Exchange Commission stating its specific objections to 500.com’s view of the situation. In the meantime, 500.com hired MaloneBailey, LLP to conduct fresh audits for the years spanning 2017-2019.

500.com has been bleeding red ink since 2015, when its mainstay online sports lottery operations were derailed by China’s ‘temporary’ suspension of online sales. The company bought a European-facing online casino business then promptly forgot to renew its license in Sweden, from which it derived the bulk of its revenue, leading to an eight-month suspension of operations and even more red ink.

Akimoto himself has been arrested multiple times as prosecutors continue to file new charges, including allegations that Akimoto attempted to bribe his bribers to ensure their court testimony matched his own.