Tsukasa Akimoto’s ability to snub his nose at the law, while serving as a Japanese lawmaker, apparently had no bounds. The disgraced parliamentary member has been arrested – for the fourth time – on charges related to the developing integrated resort (IR) initiative in the country, once again bringing embarrassment to Japan’s attempts to create a responsible, legitimate gambling market. As with the previous three arrests, this latest is tied to his dealings with China-based online gambling operator 500.com. 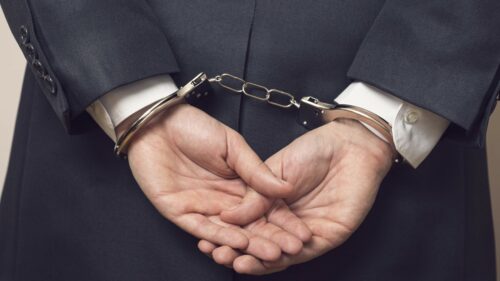 Akimoto is now looking at additional charges of violation anti-organized crime laws in Japan. There definitely seems to be a pattern to his actions, and this latest twist in the ongoing saga follows an arrest on similar charges that took place only a few weeks ago. The 48-year-old reportedly received bribes from 500.com to help it garner legislative support to enter Japan’s gambling scene, and then, when it was discovered that he had accepted the money, tried to pay off witnesses to change their stories.

Prosecutors are apparently willing to go after Akimoto for each and every instance of wrongdoing, and he is now being accused of trying to bribe former 500.com advisor Katsunori Nakazato, a defendant in the ongoing case. Akimoto reportedly contacted a third party, Daisuke Matsuura, several times in order to try to arrange payments for Nakazato in exchange for false testimony. Masahiko Konno, a second defendant in the case and another 500.com advisor, was named as the primary target that led to Akimoto’s arrest last month.

Those allegations are supported by Matsuura’s own testimony. He asserts that he had a dinner meeting with Nakazato in June and promised to make his perjury worthwhile. The following month, another individual, Kazuhiro Miyatake, allegedly wanted to give Nakazato $47,000, which Matsuura has confirmed came via a request by Akimoto.

That is in addition to the money that was either given or attempted to be given to Konno between June and July. Akito Awaji, yet another Akimoto lackey, is said to have been behind $283,000 in payoffs destined for the pockets of the 500.com advisor. Those payoffs related to the requests to provide false testimony and don’t include any of the money that might have been previously received by Akimoto to try to get him to support the casino operator.

An investigation into the bribery allegations revealed that there may have been wrongdoing as far back as 2017. When the subject of IRs was first being discussed in Japan, 500.com wanted to ensure it could be involved, in some way, with the development of a project and reached out to Akimoto. At the time, the former member of the Liberal Democratic Party was serving as the Japanese Cabinet Office Deputy Minister and was directly involved in the country’s IR oversight.