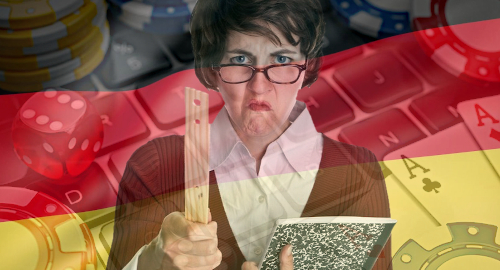 On Wednesday, German media reported that the country’s 16 perpetually fractious states had agreed to a plan to ‘tolerate’ German-facing online gambling operators that offer casino and poker products before said products are authorized under the new federal gambling treaty set to take effect on July 1, 2021.

There are a few caveats, primarily the requirement for these operators to observe the restrictions laid out in the treaty’s draft language as if it had already taken effect. These include strict caps on deposits and a €1-per-spin stake limit for online slots play. Operators who comply with these rules by October 15 will be assured they won’t face prosecution by German authorities.

Saarland was the last state to agree to the proposal, support for which was far from enthusiastic due to many states feeling the draft treaty didn’t include enough player protection measures. The state of Bremen reluctantly agreed to toleration based on its fear that failure to support the plan could mean that the new treaty – which followed a decade of ineffectual efforts – might collapse and leave the market in its largely unregulated state.

While specifics of how the new tolerance will be employed remain to be determined, it appears to pull the rug out from under criminal complaints recently filed against operators who fully intend to comply with the treaty rules and apply for new licenses. The state of North Rhine-Westphalia urged federal authorities to continue to prosecute non-compliant online gambling operators.

Lobby groups representing German-facing operators continue to press the government to relax some of the treaty’s more restrictive measures, including tough limits on in-play sports betting. Based on the market’s current state, there are also doubts that the government can ensure that new German licensees won’t have to compete against operators who continue to serve the market without a local license.

Germany’s licensing process was thrown into doubt in April when an Austrian bookmaker mounted a legal challenge based on the transparency of the application process. While the state of Hesse says it will continue to process applications while the matter is before the courts, the outcome of this challenge is anyone’s guess.