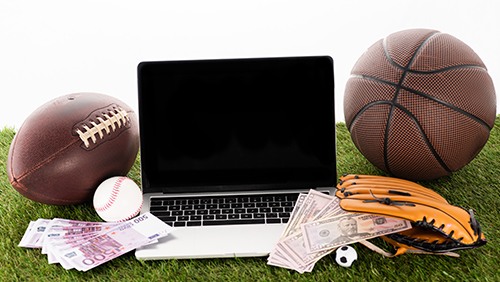 While the NBA and MLB have ruled much of the sports gambling scene on Bodog recently, this past weekend saw a spectacular mashup of sports. Ping pong didn’t make it to the top-ten list this time, but there was no shortage of almost everything else that could be imagined. With the NFL season ready to get going in just two days, barring any last-minute glitches, there’s a lot more excitement to come, too.

As the NBA Bubble continues to advance toward a season championship, the league has once again come out on top on Bodog. It captured 34.03% of the action this past weekend, with MLB taking its number-two spot again, this time with 25.14% of the bets. The NBA betting segment will most likely become even hotter as the semifinals picture becomes clearer, and it will be interesting to see what happens between the league and the NFL once the latter’s season is underway.

While the college football scene is nowhere near as robust as fans would have liked, there’s still plenty of games available. This is part of the reason college football was able to capture 6.81% of the wagers on Bodog this past weekend, beating out the NHL by 0.31%. The US Open Women’s Singles competitions grabbed 4.81% of the bets and horse racing, thanks to the Kentucky Derby and a win by Authentic, ranked even better, getting 6.26% of the action. Authentic was an underdog against Tiz the Law, and sports gamblers who took a chance scored a nice win, as well. Tiz the Law had 3-5 odds going into the race – the largest favorite in 31 years – and Authentic’s 8-1 odds will produce a number of awesome payouts.

Also making it to the list, although without much support, were the Ultimate Fighting Championship (UFC) Fight Night, which garnered 2.87% of the action, and MLS, with 2.06%. Alistair Overeem and Augusto Sakai duked it out at Fight Night, with Overeem taking the win in the fifth round. He dominated the match almost from the start, and could be on his way to a UFC heavyweight title, as long as he can work fast. At 40 years old, he’s going to find it increasingly difficult to compete against younger fighters.

The Houston Rockets and the LA Lakers played twice this past weekend in the NBA Bubble, making the matchup between the two teams the most popular on Bodog. Combined, the games accounted for 32.91% of the wagers, with the Lakers and the Rockets each taking a win in the first games of the best-of-seven series. The Milwaukee Buck and the Miami Heat also had two games, but these two only received 23.55% of the total bets. The game between the Denver Nuggets and the LA Clippers on Saturday saw the Clippers even the series at one game apiece (which would be broken yesterday with a Clippers go-ahead win), and gave Bodog 12.69% of the action.

Out of the top ten betting events this past weekend, the NBA grabbed six spots – college football games picked up two. With the NFL kickoff on Thursday and a schedule packed full of football from now until next February’s Super Bowl, a lot of choices will need to be made, including which games to watch on TV and which games to target with the sports gambling bank.