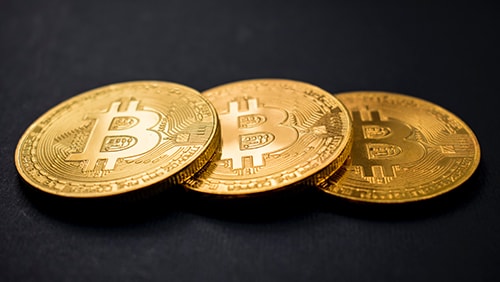 For the past two decades or so, iGaming has slowly been gathering steam across the globe. There are still plenty of countries that frown upon the activity, and even lawmakers in countries where it’s legal who still try to turn back the clock. The introduction of cryptocurrency, which was catapulted to the front lines only in the past couple of years, has allowed gaming operators to expand into areas where they would have never been able to set up shop before. This has been great for digital currencies and the gaming industry, but it has also been a huge step forward for gamblers, as well, who are now better protected and safer than ever before.

The marriage of gaming with digital currency has brought with it an entire segment of blockchain-based gaming solutions. Now, thanks to the use of ledgers that can never be altered, gamblers can be 100% confident that “what you see is what you get” has an entirely new meaning. Blockchain-based games make the activity completely transparent and provable, eliminating any possible opportunity to manipulate data to ensure the house always wins, even if it meant cheating.

In many ways, this is precisely what led to the creation of gaming regulators in different jurisdictions throughout the world – the necessity of ensuring gaming operators weren’t trying to game the gamers and were held to levels of accountability and transparency that were previously missing. Through its inherent nature, blockchain offers both, without the need of a third party to regulate the activity. The blockchain, in its natural form, is designed to provide both traits by default.

The creation of blockchain-based gaming solutions and crypto payment channels does what financial regulators overseeing fiat have never been able to do – ensure a safe and secure environment. Consumers, even after thousands of years, are still ripped off by unscrupulous financial entities and individuals, and money-laundering and fraudulent investments are still running rampant. However, registered blockchain-based gaming solutions and registered crypto wallet addresses makes it virtually impossible for there to be any dubious activity. Gaming regulators, at this point, would only have to work to establish limits and offer consumer protections, but the gambling activity itself is completely visible and transparent at all times.

Consumers also have the added benefit of being able to make withdrawals and deposits in a matter of seconds (on rare occasion, a matter of minutes) at transfer rates that are so far below traditional transaction fees that they don’t even cause a problem. Being able to send thousands of dollars to and from a gambling site anywhere in the world in a matter of seconds for less than a dollar, which is possible with digital currency such as Bitcoin SV, beats having to pay 4%-10% and having to wait days or weeks for the funds to clear.

This is a fascinating time for the gambling industry, as well as the crypto space. The next couple of years are going to see huge leaps forward for both, and consumers will ultimately be the ones to reap the rewards.