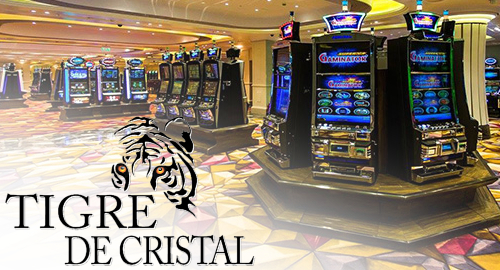 Russia’s Tigre de Cristal casino lost $11.5m in the first half of 2020 as COVID-19 kept its doors locked and its tables empty.

On Monday, Summit Ascent Holdings reported that the Tigre de Cristal casino in Russia’s far east Primorye gaming zone generated revenue in the six months ending June 30 of just HK$96m (US$12.4m), down 62.6% from the year before. The casino booked an earnings loss of HK$22.1m and a net loss of HK$89m versus a HK$55.4m profit in H1 2019.

Tigre de Cristal shut its doors in late-March as COVID-19 began to spread across Russia. The property didn’t reopen until mid-July, and international travel restrictions have put a lid on the geographically isolated casino’s traditional mix of customers from China, South Korea and Japan, leaving it entirely reliant on local mass market customers.

Primorye announced 84 new COVID-19 cases on Sunday, bringing the total number of cases to date to 8,959, while one additional death brought the region’s total death toll to an even 100. The region remains on high alert, meaning international travel restrictions aren’t likely to be lifted any time soon.

Summit Ascent assured investors that it was doing a good job serving the local market and was “well positioned to weather the current turmoil as it sits on huge piles of cash generated from the past years.” The company humble-bragged that it has sufficient liquidity to “survive this unprecedented period of ‘near-zero revenue’ for over years.”

However, while the company plans to commence construction on Tigre de Cristal’s US$200m Phase II development by year’s end, it’s pumping the brakes on additional expansion plans. Instead, Summit Ascent plans to “diversify its assets and revenue streams,” including its previously announced investment in Suntrust Home Development, the Suncity-controleld joint venture building a casino in Manila.

Tigre de Cristal has had the Primorye market all to itself since its October 2015 opening but that monopoly is about to end. CJSC Shambala’s casino of the same name is reportedly poised to open anytime now, although previous statements regarding opening timelines have proven somewhat unreliable.