The ambitious plan to turn Russia’s Primorye region into a hotbed for gambling activity continues to move forward, even if it seems to be taking longer than expected. There is already one casino up and running in the Primorye Gambling Zone (PGZ), the Tigre de Cristal, and 11 are projected to be open within the next three years – a timeline that will most likely face delays because of the coronavirus. For now, though, a second casino resort is close to unlocking its doors to gamblers for the first time, and this will mark an important step toward realizing the dream of turning the PGZ into a major international gambling hub. 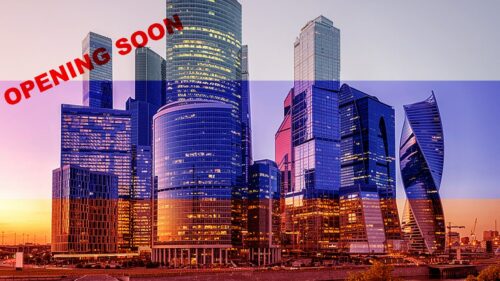 The Shambhala casino should be ready for business within the next couple of months. Construction on the venue wrapped up a few months ago, with interior designers then moving in to work their magic on the details. The plan had been to open the casino to the public sometime in July; however, just like has been seen across the globe, a pesky little virus got in the way and upended the schedule. Although COVID-19 is still in the wild and definitely not under control, the ability to implement health measures to curb its spread will allow Shambhala to get back on track.

This is good news for the region, as the property is expected to give it a considerable employment boost. According to the Far East Investment Promotion and Export Support Agency (ANO API), which connects investors to massive tourism and other investment deals, asserts that Shambhala will be able to offer 500 new jobs before the end of the year. 200 of these could be hired within the next 30 days, with the rest following over the next several months. Around one-third of the employees will need to be brought into the area from other parts of Russia.

The subsequent launch of the venue is going to give the Primorsky Territory, home of the PGZ, a significant economic boost. Encompassing the port city of Vladivostok, the territory expects to see substantial tax revenue gains immediately upon the casino’s launch, and its First Vice Governor Vera Shcherbina asserted last week, “If last year about RUB100 million (US$1.36 million) came to the budget of the Primorsky Territory, then this year it will be more than RUB200 million. We expect that by 2025 the amount of tax revenues will be about RUB2.5 billion (US$34 million), and after the project reaches full capacity, in the long term, about RUB4.5 billion (US$61.2 million).”

Shambhala is projected to launch through two phases, with the first covering the gambling activity. Later, a second complex spanning just over 10 acres (42,000 square meters) will be launched, and will offer a hotel and entertainment facilities. That phase could take as many as three years to be ready for the public.