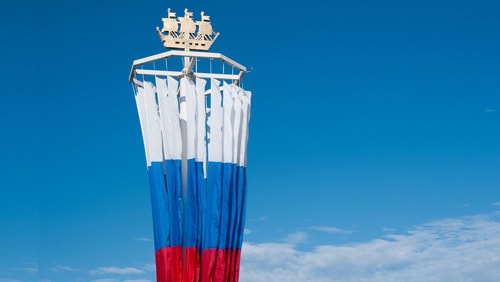 The Primorye Gambling Zone in far East Russia is hoping that 11 is its lucky number, as it is expected that 11 casinos will be operational by the year 2023. This news came from acting regional vice governor Konstantin Shestakov during his most recent trip to the region.

RUB 78.5 billion ($1.2 billion) has been invested within the region from seven different countries throughout the region, including Russia, Hong Kong, China, the kingdom of Cambodia, and South Korea. Shestakov explained that three of these casinos will be operational by the end of 2020.

“We have entered the final stage of constructing two new entertainment complexes with casinos in the gambling zone. An investor from Cambodia is completing an 11-story hotel with a casino and a concert hall, while a Russian investor, Shambhala CJSC, will launch its casino tentatively in March 2020. Workers are already finishing the building.”

Currently, all work on the site is being supervised by Primorsky Krai Development Corporation JSC. In the statement, Shestakov made assurances that construction is on schedule and that they fully expect to have all 11 casino sites operational within the next four years.

The Primorye Gambling Zone and the Russian government have a lot riding on this development. It is hoped that it will become a major tourism draw. They have already set their sights on attracting Japanese tourists, which they view as a key target group, and are working with Japanese tourist agencies to promote the zone.

This is also expected to be the first of two major developments. Since the annexation of Crimea in 2014, Russian President Vladimir Putin has been set on developing this region as a great gambling hub and holiday tourist attraction.

Currently, there are four regions in the Russian Federation that have been authorized for gambling. These include Altai, Krasnodar, Kaliningrad and Primorsky. Crimea has sought to become an additional region for gambling but has not received the proper support to generate interest in development.

There is great urgency to try to develop these regions as quickly as possible. Since the Tigre de Cristal opened its doors in 2015, it has brought in a half a billion rubles each year. This casino has already been visited by 1.5 million people, proving its viability.