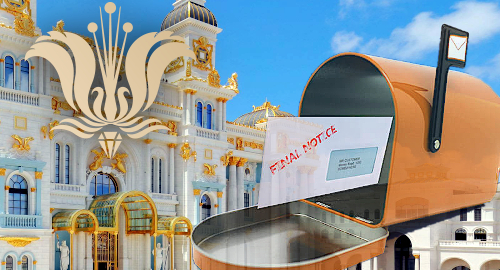 Saipan casino operator Imperial Pacific International (IPI) has been officially put on notice that it can either pay its gaming license fee post-haste or it will no longer have said license.

On Wednesday, Ralph Torres, governor of the Commonwealth of the Northern Mariana Islands (CNMI), of which Saipan is a part, sent a letter to IPI CEO Donald Browne warning him that the company’s gaming license would be suspended or revoked unless IPI paid its annual $15.5m license fee along with a required $3m payment toward the Community Benefit Fund.

IPI has been bleeding red ink for years, leading to lawsuits by unpaid contractors and questions as to whether the company owes the CNMI government some $37m in unpaid Benefit Fund payments. IPI slow-rolled the government on its 2019 license fee and announced last week that it was reneging on a promise to pay its 2020 fee by the August 12 deadline.

Late last month, the chairman of the Commonwealth Casino Commission (CCC) warned Browne that paying the fee on time was “non-negotiable.” Browne replied that IPI had “no bad intentions” and that the company had “some funding that would satisfy that.”

But Browne, who only assumed the CEO position last month, later declared that COVID-19 travel restrictions are a ‘force majeure’ that should allow IPI to defer payment of the license fee. The Marianas Variety reported that Gov. Torres’ Wednesday letter informed Browne that the force majeure clause of IPI’s license agreement “cannot supersede an explicit statutory command of the Legislature.”

Torres added that IPI’s failure to make the Benefit Fund payment constituted a material breach of IPI’s license. As such, Torres said his letter would serve as a ‘notice of intent’ that the CCC was prepared to revoke or suspend IPI’s license should payment not be made ASAP.  IPI has now been given an “adequate and reasonable time” in which to remedy the situation or face the consequences.

In addition to its financial woes, IPI is also dealing with multiple legal issues, including an FBI probe into suspected wire fraud, money laundering and illegal campaign contributions involving Gov. Torres. There’s also a US Treasury Department probe into apparent violations of the Bank Secrecy Act. And yet IPI had the gall to ask the CNMI to expand its list of exclusive gaming options this week.

IPI has a board meeting scheduled for August 31, which should prove a lively affair. We imagine it will consist of controlling shareholder Cui Li Jie looking around the able, asking if anyone feels like contributing the $15.5m out of their own pockets, followed by gales of laughter. And then they’ll probably order pizza, convinced that this is yet another regulatory bluff they can safely ignore. Prove ’em wrong, CNMI.