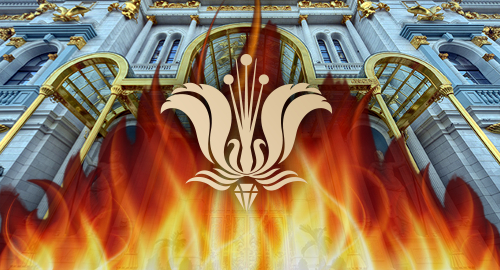 Saipan casino operator Imperial Pacific International (IPI) is fooling itself if it thinks it can ignore the US government’s financial watchdog the same way the company ignores demands for payment by its former contractors.

That was the message conveyed to IPI on Thursday by Edward Deleon Guerrero, who was recently appointed the new chairman of the Commonwealth Casino Commission (CCC). Guerrero made the comments in response to a little-seen section of IPI’s 2019 annual report.

In that report, IPI noted that on March 4, it had received a letter from the US Treasury Department’s Financial Crimes Enforcement Network (FinCEN) saying the watchdog had detected “apparent violations of the BSA [Bank Secrecy Act] and its implementing regulations and it is considering whether to impose civil money penalty or take additional enforcement action against” the casino operator.

IPI stated that FinCEN conducted a BSA compliance probe in 2017 and the March 4 letter requested further information and documents dating from October 2016 – IPI had denied it was under FinCEN surveillance in November 2016 – to the present day. IPI’s annual report, which was released on April 27, said the company was “still in the process of preparing for the required information and documents.”

IPI could potentially argue that it doesn’t have the documents in question, as the company’s attorneys revealed in April that the Federal Bureau of Investigation had seized countless documents and digital storage devices during the November raids on IPI’s offices. The FBI later revealed that IPI is under investigation for possible wire fraud, money laundering and illegal campaign contributions to CNMI Gov. Ralph Torres.

Three IPI execs attended Thursday’s meeting, and Guerrero told them they “do not have any option but to immediately respond to FinCEN … you do not have the luxury to wait.” Guerrero warned that if IPI is both violating FinCEN rules and not paying its vendors, “you are on an absolute cliff.”

IPI’s much-publicized inability to pay its vendors is rapidly going from tragedy to farce. Former contractor Pacific Rim Land Development has won legal judgments over IPI’s refusal to make good on $5.6m in outstanding payments, and this week saw the Sardini Group, a New York-based engineering firm, sue IPI for nearly $2m for unpaid work dating back to 2016.

IPI has already stated that it doesn’t have the cash to pay Pacific Rim and will likely have to permanently close if courts force the company to honor its debts. The company’s dire financial state was on full display earlier this month when the Commonwealth Utility Corp (CUC) cut off IPI’s power supply for non-payment of its bill.

The power was reconnected the following day but this week the CUC shut off power to the buildings that house IPI’s construction workers. IPI issued a statement apologizing for the inconvenience, which has left workers without air conditioning or running water.

IPI currently has no CEO on which the blame for all these cockups can be pinned, as Mark Brown abruptly resigned last December without explanation. The executive purge has continued since then, with the company’s CFO turfed last month, leaving the company even more rudderless than usual.

The Commonwealth of the Northern Mariana Islands (CNMI), of which Saipan is a part, has effectively declared IPI too big to fail, based on how much of the CNMI’s economy is tied up in the casino’s success. The CCC has come under criticism for what is increasingly viewed as far too cozy and tolerant treatment of its lone casino licensee, but that relationship appears headed for the rocks.

On Thursday, long-time IPI critic Rep. Tina Sablan called IPI “clearly a failing venture” and reminded CCC members that IPI owed the CNMI millions of dollars in contributions to the community benefit fund. Sablan said the CCC had a “duty, obligation and responsibility” to look after the interests of the CNMI, not IPI, and summed it up thusly: “At what point to we say enough is enough?”