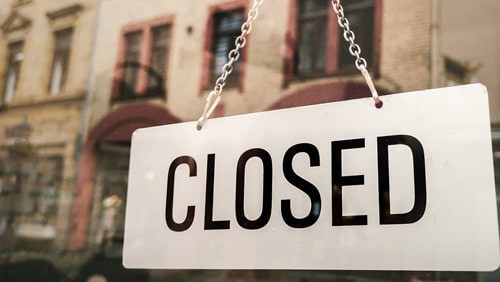 After years of causing nothing but grief for Imperial Pacific International (IPI) and gaming regulators in the Commonwealth of the Northern Mariana Islands, the Imperial Palace might soon be shutting its doors permanently. Numerous problems, stemming from IPI’s inability to play by the rules, has caused the company to suffer financially, and that suffering was compounded by the arrival of the coronavirus. The casino was forced to shut down temporarily because of the global health pandemic, and that closure might now become permanent.

Imperial Palace has lost millions of dollars due to mismanagement of the casino, as well as the mismanagement of the still-ongoing construction expansion of the venue. The coronavirus exacerbated the situation, but wasn’t the only major fiasco recently suffered by the company. Last month, a judge determined that IPI, in typical fashion, was trying to avoid its fiduciary responsibilities by denying a contractor its contractually-stipulated payment for services rendered. IPI was ordered to pay Pacific Rim Land Development, LLC $5.6 million as a result, further damaging both the wallet and the reputation of IPI.

IPI didn’t waste time filing an appeal in the U.S. Ninth Circuit Court of Appeals for the after that ruling was handed down, but could still be forced to pay the award while the appeal is pending. Were that to happen, IPI apparently doesn’t have the cash to cover the debt, and a lawyer for IPI asserts, “If the judgment becomes enforceable while the appeal is pending, IPI will be unable to pay it, and will likely have to close permanently.”

Apparently, the upper executive level of IPI believes the company’s expenses are mere “recommendations” and not obligations. The company wasn’t able to pay its full casino license fee last September, withholding part of the $15-million cost, and has recently only been able to cover partial salaries. According to the Saipan Tribune, the next installment of paychecks could be missed completely because IPI is out of money.

The lawyer added, “Failing to stay proceedings will only exacerbate IPI’s current financial distress,” adding that the employees won’t be able to receive their pay if the company is forced to adhere to the court order. “It will not just put IPI at risk of further financial distress, it will also put the people of Saipan at risk of layoffs, empty pockets, lack of food and shelter, and increased crime and violence,” he asserted.

IPI has screwed up at every turn with the Imperial Palace, being accused of everything from bribery to unsafe and illegal work conditions. It has routinely run afoul of regulatory procedures, and it’s baffling how the company could not have already been pushed out of the project as some lawmakers have wanted.